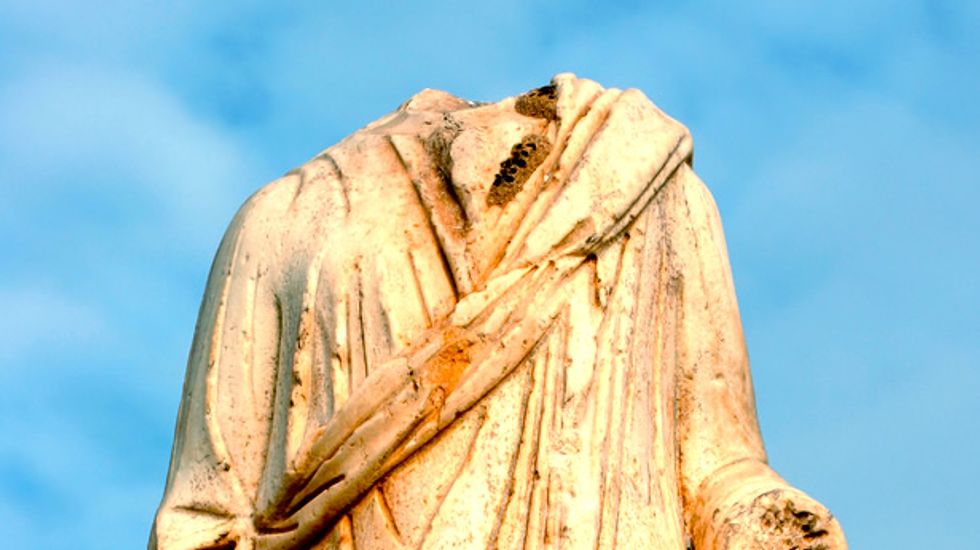 A Charleston, South Carolina man was arrested on Sunday after confessing to having beheaded a statue of Jesus in front of Sacred Heart Catholic Church, The Post and Courier reports.

Around 5:45 a.m. on Sunday morning, alert parishioners noticed that the head had been removed from another statue on the grounds and immediately contacted police. When they arrived, they found Charles Jeffrey Short walking away from the scene.

An officer asked him where he had been, and Short allegedly pointed at the church. The officer then asked Short if he could search his backpack, and Short consented. It contained a sledgehammer dusted with a white residue not unlike the marble of the decapitated statue.

The officer arrested Short and attempted to explain to him that he had the right to remain silent, but Short insisted on explaining why he had desecrated the statues.

According to the police report, Short claimed he had decapitated the Christ statues because "the Second or First Commandment forbids making an image of a male or female to be on display in public."

The Third Commandment, as per the book of Deuteronomy, does state that "[t]hou shalt not make unto thee any graven image, or any likeness of any thing that is in heaven above, or that is in the earth beneath, or that is in the water under the earth," though it specifies that this only applies to images to which people would "bow down" or "serve."

["Roman statue, ruins of the ancient city of Sabratha, Libya" on Shutterstock]