Scientists confirm: Harvard book about the 'destinies of the soul' bound in human skin 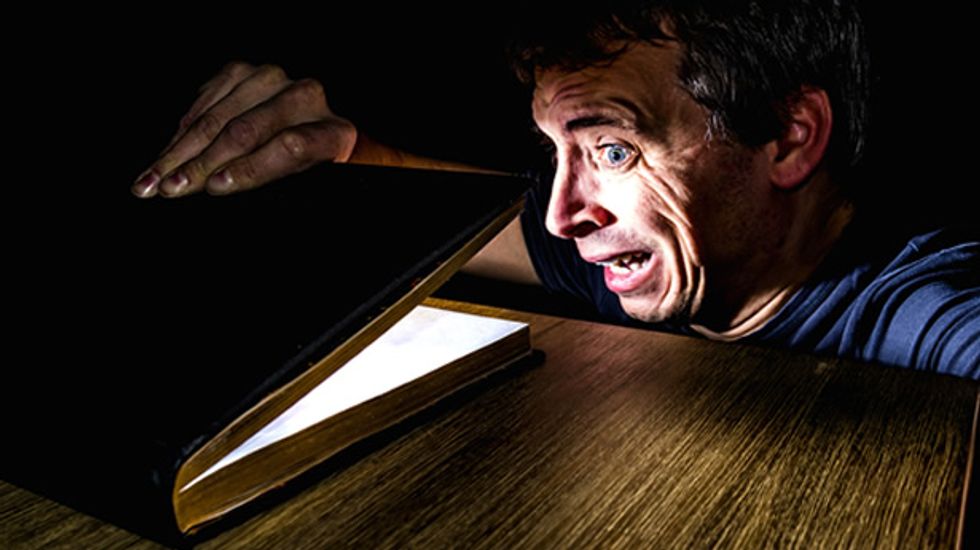 Experts have confirmed that a 19th-century book about the destiny of the soul in the afterlife "is without a doubt bound in human skin."

The book was donated to Harvard's Houghton Library by Dr. Ludovic Bouland in the 1930s, and contained a note from the Bouland in which he claimed that "a book about the human soul deserved to have a human covering."

Arsène Houssaye had presented his friend Bouland a copy of Des destinées de l’ame (Destinies of the Soul), and according to his note, Bouland then used "this piece of human skin taken from the back of a woman," a mental patient who had died of "apoplexy," to bind the book.

"It is interesting to see the different aspects that change this skin according to the method of preparation to which it is subjected," Bouland wrote in his handwritten note. "Compare for example with the small volume I have in my library, Sever. Pinaeus de Virginitatis notis which is also bound in human skin but tanned with sumac."

Grotesque as it sounds, the practice of binding books in human skin -- or anthropodermic bibliopegy -- was once more common. The confessions of executed criminals were occasionally bound in the skin of the convicted, and some families bound the favorite books of recently deceased family members in their skin as a kind of memorial to them.

Harvard scientists tested Des destinées de l’ame using several different methods, including peptide mass fingerprinting (PMF). According to Bill Lane, the director of the Harvard Mass Spectrometry and Proteomics Resource Laboratory, "[t]he PMF from Des destinées de l’ame matched the human reference, and clearly eliminated other common parchment sources, such as sheep, cattle and goat. However, although the PMF was consistent with human, other closely related primates, such as the great apes and gibbons, could not be eliminated because of the lack of necessary references."

Portions of the binding were then subjected to a Liquid Chromatography-Tandem Mass Spectrometry (LCMSMS), which determined the order of the amino acids within each peptide -- an order that is unique to each species of primate.

The result, Lane said, was "[t]he analytical data, taken together with the provenance of Des destinées de l’ame, make it very unlikely that the source could be other than human."