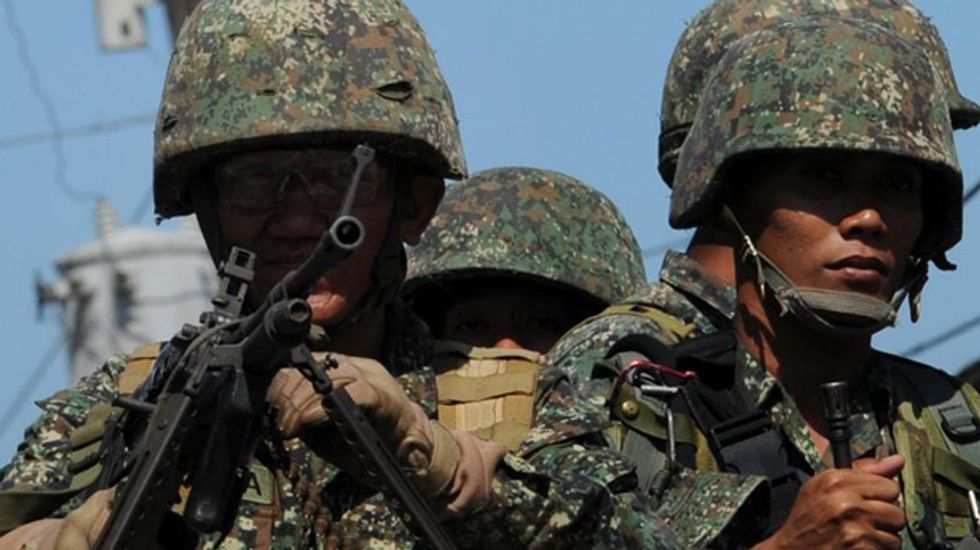 The Philippines stepped up security at key installations and all public areas in parts of the country's volatile south on Sunday following a terror threat, police said.

The national police said they had received reliable information on a "possible terrorist threat" on the southern island of Mindanao, particularly in Davao, the country's third largest city with a population of more than two million.

All police forces were alerted "to beef up security operations against possible infiltration of suspected members of said reported threat groups", the national police said in a statement.

It did not mention the nature of the possible attack, nor identify any group, although parts of Mindanao are plagued by Al-Qaeda-linked Muslim militants as well as communist guerrillas waging a decades long insurgency.

The police said security forces would conduct checkpoints and patrols and also carry out inspections at transport terminals, commercial centres and vital installations.

The threat alert came as minority Muslims in the mostly Catholic nation began celebrating the holy fasting month of Ramadan.

It also came just over two weeks after police captured Khair Mundos, one of the country's most wanted Islamic militants from the Abu Sayyaf group who was also on the US government's terror watch list.

Mundos is a key leader and fund raiser for the Abu Sayyaf, which is blamed for the country's worst terrorist attacks, including a 2004 bombing of a ferry in Manila Bay that left more than 100 dead.

The Philippine military said it was also hunting Abdel Basit Usman, who is also on the US government's terror list.

Usman had earlier been reported killed in a 2010 US drone strike in Pakistan, but new evidence had emerged that he was alive and hiding among the militant community in Mindanao.

The Philippines and the United States have linked Usman to the Abu Sayyaf and Jemaah Islamiyah, acknowledged by the international intelligence community as the Southeast Asian arm of Al-Qaeda.