Sexist lawmakers berate Tokyo woman during mothering debate: Why don't you get married? 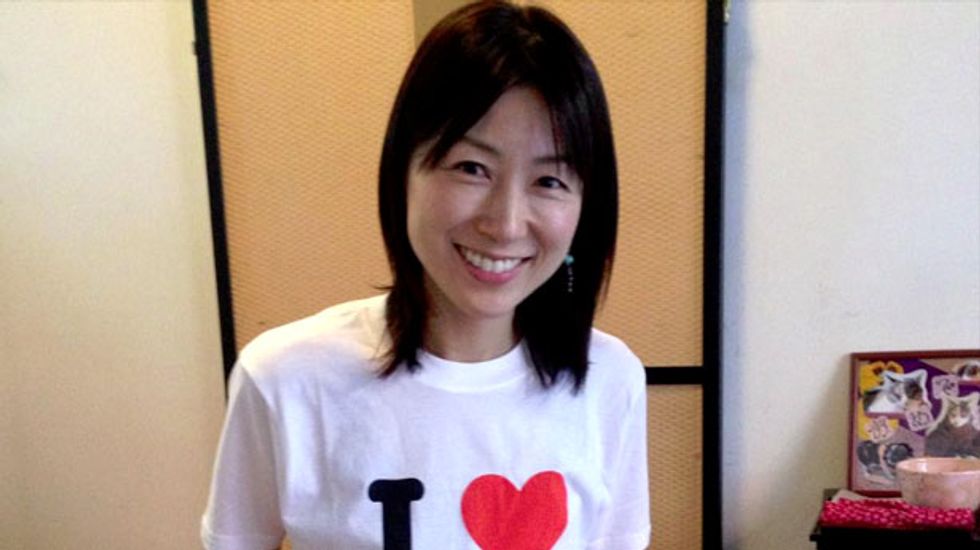 Sexist jeers from governing party members on Thursday repeatedly interrupted a Tokyo assemblywoman during a debate about how to support child-rearing women in a country facing a population crisis.

Ayaka Shiomura, 35, was questioning senior figures in the city administration on plans to help current and future mothers when abuse erupted from seats occupied by members of the Liberal Democratic Party of Prime Minister Shinzo Abe.

Shouts of "Why don't you get married?" and "Are you not able to have a baby?" could be heard as she spoke, said fellow assembly member Shun Otokita, of Shiomura's opposition Your Party.

Shiomura continued her questioning, despite being reduced to tears, said Otokita.

The Mainichi Shimbun and the Asahi Shimbun both reported the incident.

"The jeering came from the direction of the seats allocated for the LDP members," Otokita told AFP.

Shiomura was calling for more support for women who are considering fertility treatment when the jeers occurred, the Asahi Shimbun reported.

Japan has one of the lowest rates of female workforce participation in the developed world and most economists agree it badly needs to boost the number of working women.

However, lack of childcare facilities, poor career support and deeply entrenched sexism are blamed for keeping women at home.

A growing number of women are delaying their decision to have children in a bid to maintain their career, a factor that contributes to Japan's low fertility rate, which hovers around 1.3 - well below replacement rate.

Abe has pledged to focus on increasing the number of working women, and has said he would like 30 per cent of leadership positions occupied by females by 2020.

The rate is currently around 11 per cent in the private sector, and less than that in the public sector, and commentators note that Abe's stated target is highly ambitious.

Goldman Sachs earlier this year said Japan could boost its GDP by 12.5 per cent if it closed the gender gap, and would add 7.1 million people to a workforce that is currently shrinking and struggling to pay for the pensions of a growing number of elderly.

Assemblyman Otokita said his party would discuss a formal protest against the abuse suffered by one of their number.

Support for Shiomura came from across the party spectrum. A member of the LDP's coalition partner New Komeito said she could "never forgive" behaviour of this kind, while the Japan Communist Party said it was "terrible sexual harassment".

An official at LDP headquarters said the party was still gathering information on the incident and was unable yet to respond to the complaints.

The Tokyo Metropolitan Government administers an area that is home to around 13.35 million people, about one-tenth of Japan's population, and has an annual budget of some 220 billion yen (S$2.7 billion).

The city assembly has 127 members, of whom 25 are women. In national politics, women occupy just 78 of the 722 seats in the two legislative chambers of parliament.