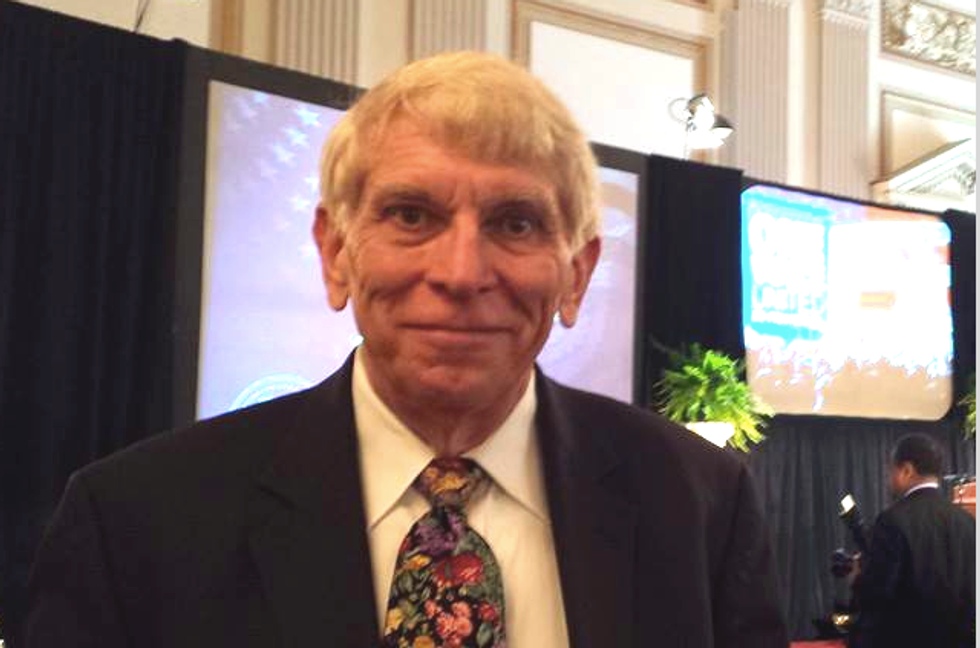 Right Wing Watch reported that Murray went so far as to claim that Christian Americans are fleeing the U.S. for a better life in Russia, away from the "scourge" of LGBT rights.

"My mother was not intellectually an atheist; she was a Marxist, and that Marxism did not come about from rigorous study, but rather from unemployment," Murray wrote, claiming that he was raised in "a Marxist home where the vodka did flow and America, free enterprise and God were despised."

He went on, "Having been a part of the decline in religion and morality that has come to America, I now look at Russia where individual achievement is honored and prayer and Bible instruction are welcomed in the classrooms."

The U.S. and Russia have changed roles, he said, with the West becoming more and more oppressive and collectivist, while Russia and former Eastern Bloc nations are the new cradles of freedom.

"Recently, the 'gay' rainbow flag was hoisted at the American Embassy in Israel. At the Olympic Games at Sochi this year, it was Russia who was vilified by Western media for not being gay-friendly. A real turnaround from the 1960s for America," he said.

"Meanwhile Russia has a flat tax that encourages growth, while businesses in the U.S. struggle under a tax code that has many of our wealthy denouncing their citizenship and simply living on their yachts," he claimed.

Some are even migrating to Russia so that they can be free, he said.

"Westerners are seeking Russian citizenship, but not to support Marxism," he claimed. "This time Westerners are fleeing the godless collectivism sought by my mother, the system that is fast becoming the new American norm."

Murray threw off his atheist upbringing and converted to Christianity during the Reagan administration and has campaigned for the far right since then. Edge on the Net reported that Murray penned a viciously antigay column for World Net Daily in 2009 in which he "pinned the blame on the 2008 crash of a Metrolink commuter train with a Union Pacific freight train that killed 25 people on the fact that the engineer was gay."

Murray's mother, Madalyn Murray O'Hair founded American Atheists in the 1960s and pioneered the atheist movement in the U.S. until her tragic kidnapping and murder by a former employee in 1995.