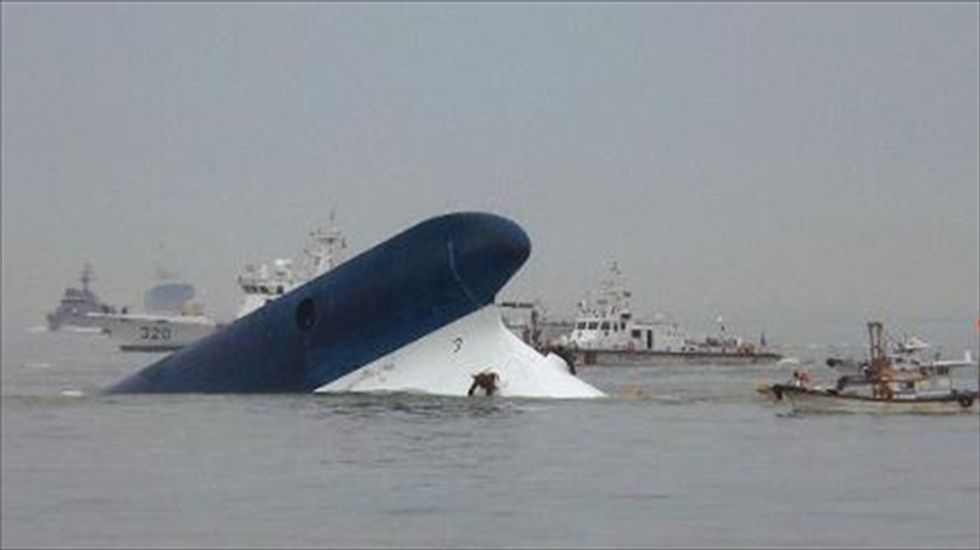 A South Korean ferry sinks some 20 kilometres off the island of Byungpoong in Jindo in this South Korea Coast Guard photo from April 16, 2014 [AFP]

Thousands of South Korean police forced their way into the compound of a splinter Christian group Wednesday in their search for a fugitive businessman wanted over April's ferry disaster. Live television reports showed police officers, some in full riot…