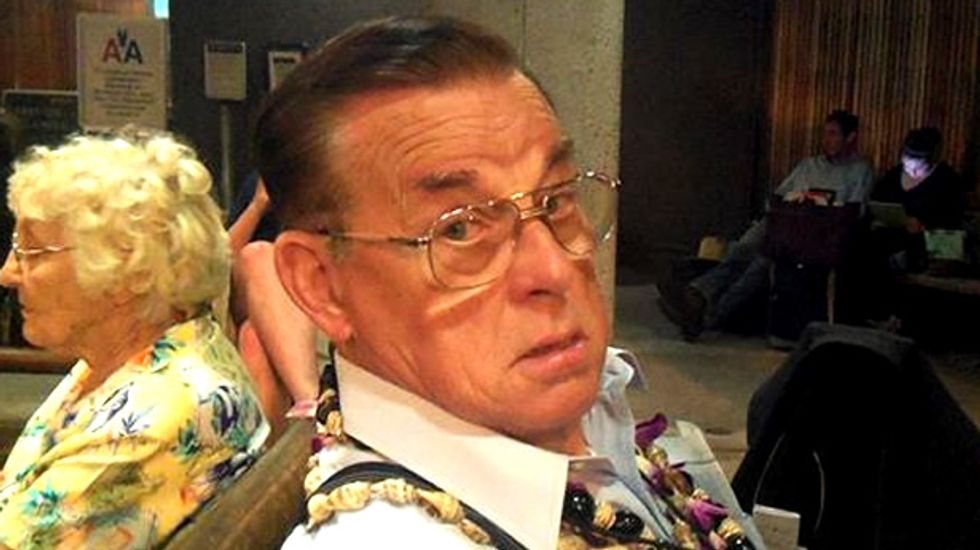 Operation American Spring (OAS) may have found a new ally in its effort to impeach President Barack Obama in the form of Southern Baptists.

Former Vice President of the Southern Baptist convention, Wiley Drake (pictured above), drafted a motion to "consider leading us to consider being a part of Operation American Spring seeking the impeachment of the President of the United States."

Operation American Spring could use the support, as its presence at the National Mall has dwindled from the hundreds who attended its initial rally to the tens who currently gather to shout "Benghazi!" at the White House.

This is not the first time Drake has involved himself with efforts to remove the president from office. He called Obama "an evil illegal alien" in 2009, insisting that "God would punish" Pastor Rick Warren for participating in the president's first inauguration.

He later claimed that he was praying an "imprecatory prayer" -- in more colloquial terms, "cursing" -- "the usurper that is in the White House."

When radio host Alan Colmes asked if that meant he was praying for Obama's death, Drake replied, "Yes. If he does not turn to God and does not turn his life around, I am asking God to enforce imprecatory prayers that are throughout the Scripture that would cause him death, that's correct."

According to The Baptist Press, the motion to join Operation American Spring was ruled out of order because it "would direct SBC officers to act outside scope of their duties, as defined in the convention's governing documents."

Watch a report on Drake's statements via The Washington Times below.