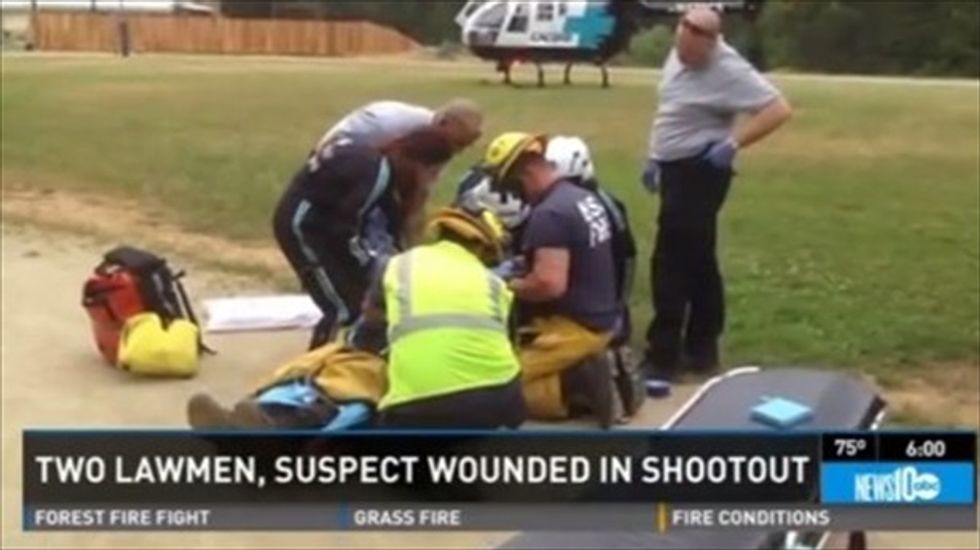 A 60-year-old California man calling himself a "sovereign citizen" was accused of shooting Bureau of Land Management agent and a California Highway Patrol officer, Talking Points Memo reported on Tuesday.

Officials in Nevada County, California said Brent Douglas Cole shot the two officers after getting into an argument on June 14 with them at a campground in the Tahoe National Forest. Cole was also shot during the incident. All three men are expected to recover from their injuries.

The Southern Poverty Law Center reported that Cole has described himself online as a "sovereign American Citizen attempting to thwart the obvious conspiracy and subterfuges of powers inimical to the United States." He was also arrested and charged in January 2014 for allegedly carrying a concealed weapon.

According to the SPLC, Cole used a common "sovereign citizen" legal tactic and sent a deluge of court filings in Nevada County, calling himself a "a statutory Attorney General of the United States" and saying the local sheriff's department inflicted a "swat [sic] team style assault" upon him. The SPLC has reported that members of the anti-goverment movement typically reject the notion of law enforcement and believe they decide which federal laws they need to follow.

"I was attacked and molested, unconstitutionally arrested, unlawfully incarcerated, repeatedly intimidated and coerced to plead guilty to having committed a crime, held in secret for five days, and my property and liberty taken from me since January 26, 2014," he wrote in one document. "I am being persecuted for being a gun owner."

Watch a report on the shooting, posted online by the SPLC, below.