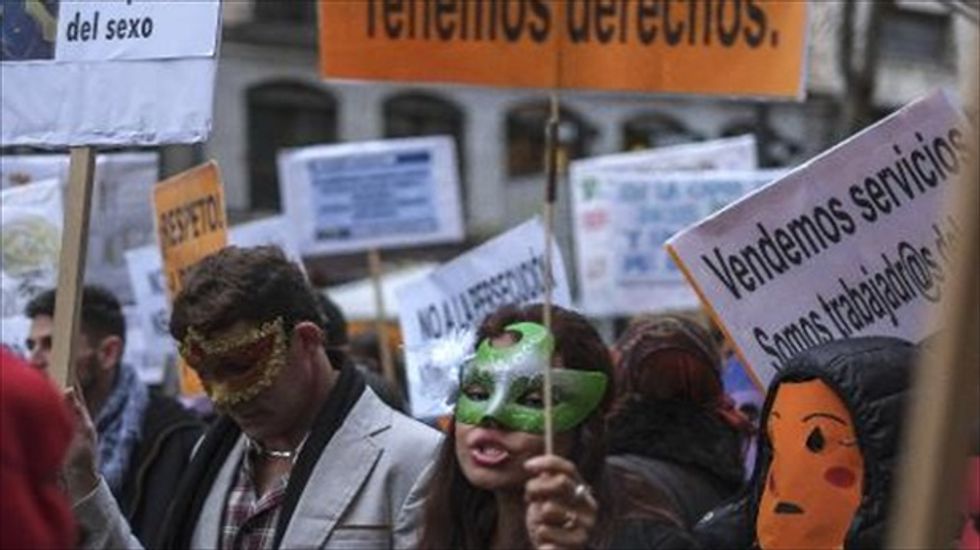 Sex workers demonstrate in Madrid on Feb. 15, 2014 against 'the increasingly precarious conditions in which they operate' [AFP]

Spain to count drugs, prostitution when measuring GDP (via AFP)

Spain will include revenues from prostitution, drug trafficking, tobacco smuggling and other illegal activities when calculating its economic output, its statistics office Thursday. The measure, which comes into force in September, complies with new…