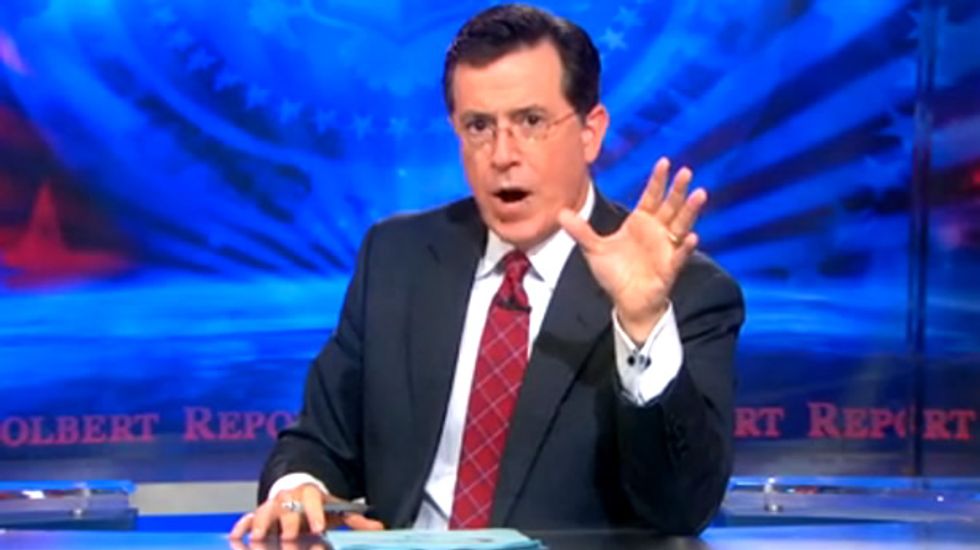 "It's no secret," Colbert began, "that I have always felt a deep connection with Texas Senator and Joe McCarthy tribute-head Ted Cruz."

"But there's one thing about Senator Cruz that bothers me -- it's his name, 'Rafael Edward Cruz.' It sounds, you know, kind of Canadian. As it turns out," he said, "I have excellent Cana-dar."

After playing a CNN clip about Cruz's attempts to renounce his Canadian citizenship, Colbert gave him a "Tip of the Hat" for "his great show of patriotism. Because if you ask me, there's nothing more American than not being from another country."

"Which is why it's so hard for me," he continued, "to also give Ted Cruz a 'Wag of My Finger,' because the way Cruz went about becoming not-a-Canadian was so Canadian. His Cana-dectomy was performed with a simple certificate of renunciation issued by the government. A certificate! Just saying he's now Canadian!"

"Come on, Senator!" cried Colbert. "No piece of paper can wipe the Canada off you. I visited Toronto once 20 years ago and every now and then, I still say 'I'm soar-y.'"

"To become 100 percent American," Colbert said, "Cruz needs to do something radically un-Canadian -- like punch a moose, or pay for his own healthcare."

He then played a clip parodying the film A Clockwork Orange which needs to be seen to be appreciated.

Watch the entire June 12, 2014 episode of The Colbert Report via Comedy Central below.