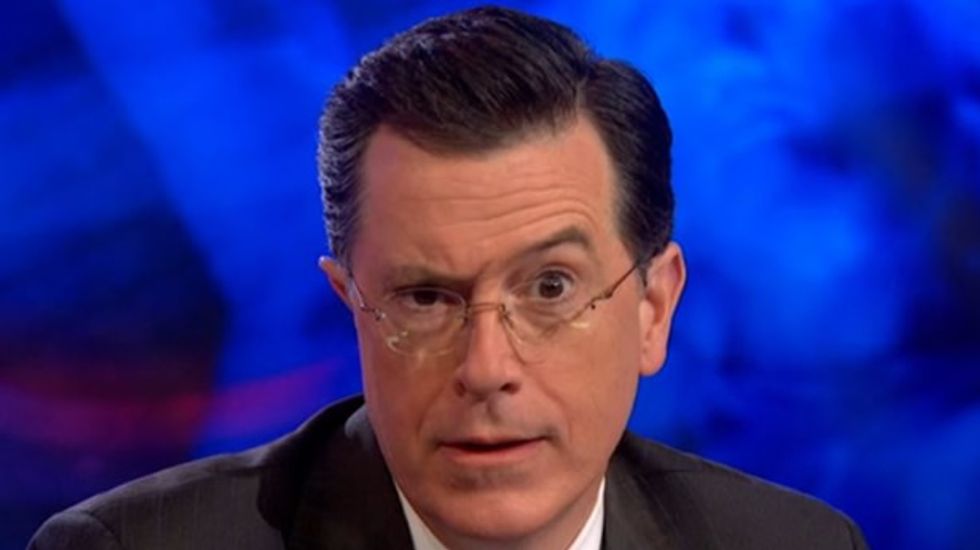 On last night's Colbert Report, Stephen Colbert discussed conservative's attempts to portray Hillary Clinton as too feeble to be a viable presidential candidate in 2016.

Colbert began by showing a clip of GOP strategist Karl Rove saying that Clinton was too old and infirm to run in 2016. "Look," Rove said, "she'll be 69 by the time of the 2016 election. She'll be 77 if she serves too terms."

"Let me check the math there," Colbert said as he pulled a fistful of straws out from under his desk. "I have 69 straws in one hand, and let me get 8 more straws -- yeah, that really feels like I'm grasping a lot of straws."

"It's a fair question," Colbert said. "I don't doubt for a second that if Hillary Clinton used a walker, she'd insist on appearing with it on the cover of People magazine."

"No surprise folks," he continued, "the Hillary-huggers at People flew into damage control, releasing this statement: 'Secretary Clinton is standing next to a patio chair.' Or as doctors call it, a stationary poolside Jazzy."

"And Drudge didn't even mention that right beside Clinton on the cover was an announcement that 'Alice' from The Brady Bunch died. Coincidence? Or did Hillary Clinton beat her to death -- with her walker?"

Watch the entire June 5, 2014 episode of The Colbert Report below via Hulu.