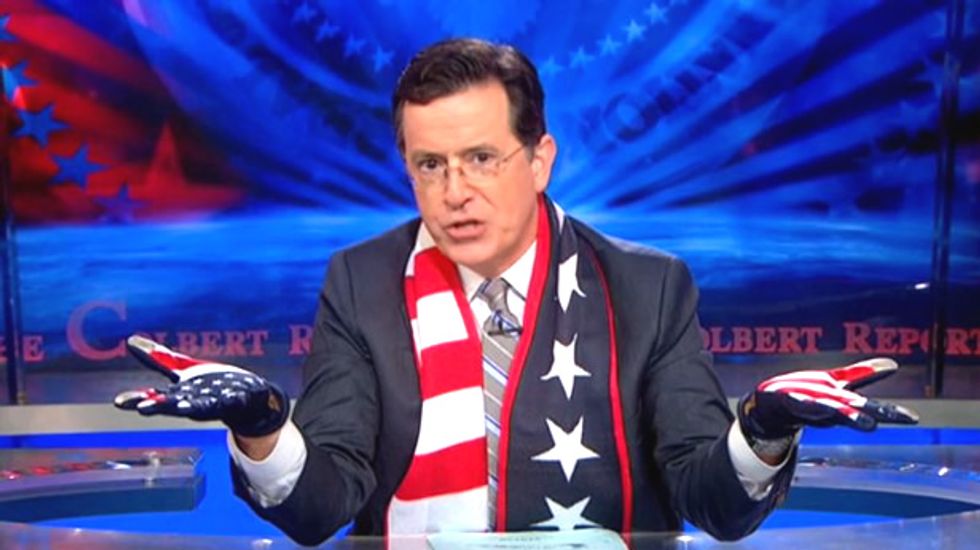 On Tuesday night's episode of The Colbert Report, Stephen Colbert encouraged more Hispanics to identify as "white" for the good of the Republican Party.

"There's one group that has always given [Republicans] support," he said, "and that group is white guys. In fact, in 2012, sixty-two percent of white men voted for Mitt Romney, and those kinds of numbers should have led to an awkward, regrettable victory dance."

"But there is some good news for the GOP," Colbert continued. "It turns out that a study by the Pew Research Center of the last U.S. census analyzed the responses to two key questions: 1. Are you of Hispanic, Latino, or Spanish origin, and 2. What is your race?"

"Meaning Hispanics are voluntarily becoming white. I do not blame Hispanics for becoming white," Colbert added, "because, you see, white people get to live in the best neighborhoods, get the best jobs, appropriate the best music. I believe this proves that being white is a choice -- and one I make every day. It shows in the way I dress, the way I dance, and the way I own a boat."

"So I believe I speak for all white people when I say, 'Welcome trans-Caucasians!' I myself am cis-white, as I've always been comfortable with my birth race, but there is room for all of you in the white community -- if you can get past the gate."