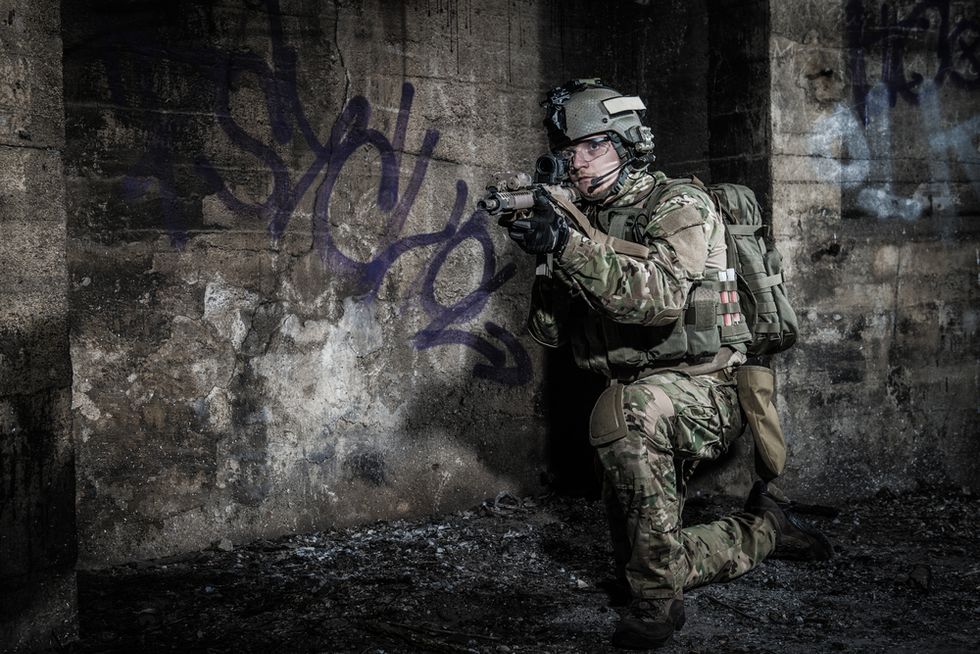 "Burn pits" used to dispose of everything from styrofoam cups to junked computers to unexploded ordnance could be to blame for respiratory symptoms affecting a number of Iraq War veterans.

According to the armed forces newspaper Stars and Stripes, titanium and other metals have been found in the lungs of at least six sick Iraq veterans, metals found in dust samples from Camp Victory in Iraq.

"We biopsied several patients and found titanium in every single one of them," said Anthony Szema, a pulmonary and allergy specialist at New York's Stony Brook School of Medicine. "It matched dust that we have collected from Camp Victory."

Stars and Stripes said that Szema will present a report at the Symposium on Lung Health after Deployment to Iraq and Afghanistan detailing his findings, which show that the Iraqi dust is different from other dust in that the human body is incapable of eliminating it.

Normal pollutants enter the lungs and, in most cases, the body eliminates them through a variety of processes. The Iraqi dust contains copper and iron in addition to titanium. The particles are tiny and sharp-edged, each about 1/30th the diameter of a human hair. They lodge in the lungs' tiniest airways, the bronchioles, and form crystals that ultimately destroy the air passages.

The resulting syndrome is called constrictive bronchiolitis, and it can be caused by the inhalation of a number of environmental toxins. Damage to the lungs can be permanent and, in some cases, fatal.

The Iraqi veterans he is seeing, said Szema, have "inhaled metal. It's not a little; it's a lot." All of them presented with shortness of breath, coughing and other breathing problems at the Veterans Affairs Medical Center in Northport, NY, where Szema heads the allergy clinic.

Szema said there are multiple theories about why the dust in Iraq is filled with dangerous particles. Some experts believe that the indiscriminate burning of trash is polluting the air U.S. forces breathe on a daily basis.

"At Balad Air Base in Iraq, workers burned 240 tons of trash a day in an open pit a mile from servicemembers' sleeping quarters," reported Stars and Stripes.

Other possible causes include leftover byproducts of combat from the 1991 Persian Gulf War, when U.S. and Iraqi weapons detonated throughout the country, possibly fusing metal dust to microscopic debris. That theory was outlined by Antonietta Gatti of the Italian Scientific Committee for Prevention and Control of Diseases in soldiers of the Italian Ministry of Defense.

Szema's team published a paper in March of this year in the Journal of Occupational and Environmental Medicine in which the scientists said they were able to produce the same symptoms of inflammation in lab mice by exposing them to dust from Camp Victory. The mice were also unable to push the crystals out of their lungs and their immune systems lost a significant number of the cells used to fight off infections.

"The cells that defend lung cells can not engulf and digest the titanium," Szema said. "It's different from other dust."

According to his research, around 14 percent of service members deployed to Iraq and Afghanistan are returning with new-onset breathing problems. Pulmonologist Bob Miller of Vanderbilt University in Tennessee is finding similar results among 50 service personnel from the 101st Airborne division at Fort Campbell, KY.

The similarities between his data and Miller's findings, said Szema, are "pretty scary."

[image of U.S. soldier in urban combat zone via Shutterstock.com]