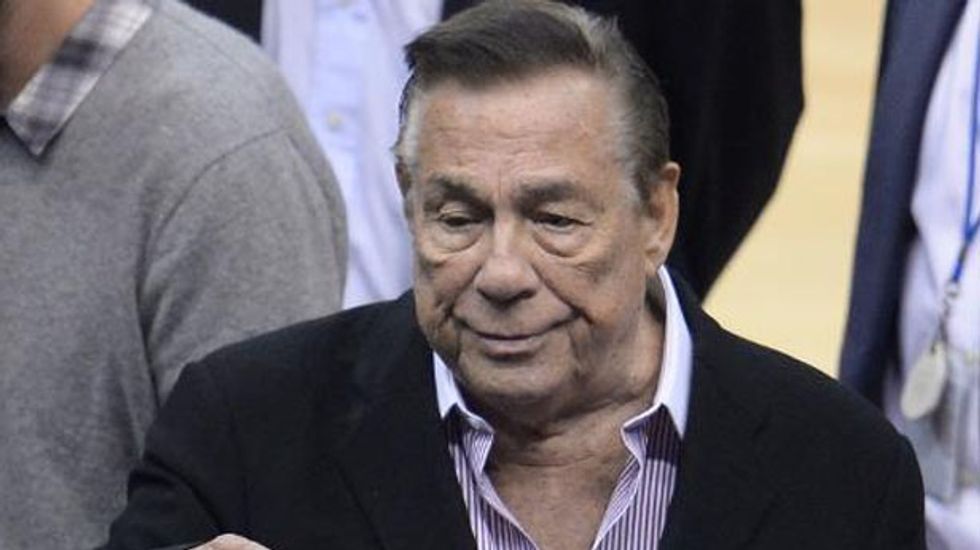 A lawsuit filed on Monday against Donald Sterling accuses the embattled Los Angeles Clippers owner of repeatedly subjecting a woman who worked for him to sexual demands and racist comments and says he ultimately fired her when she protested.

An attorney representing Sterling, Bobby Samini, rejected the assertions, according to the Los Angeles Times. "Anyone objectively reviewing Ms. King's claims will have no doubt that they are without merit," the newspaper quoted Samini as saying.

Sterling, 80, has been banned for life by the National Basketball Association over racist remarks in a private conversation that were recorded secretly and leaked to the media.

Last week the NBA, seeking to terminate Sterling's team ownership, said it had reached an agreement to sell the Clippers. Sterling has mounted a legal challenge.

The lawsuit filed in Los Angeles Superior Court said Sterling lobbed a "steady stream of racially and sexually offensive comments" at Maiko Maya King, with whom he was in a "romantic relationship" from 2005 to 2011.

"He supported her financially and she worked for him and his foundation," the suit said, adding she returned to work for Sterling for a second stint until he dismissed her over her protests in early May.

King, who is seeking unspecified compensatory damages, alleged that Sterling "dangled money only if she would have sex with him" and made other sexual demands, and withheld wages when she refused.

King also accused Sterling of spewing racial epithets against her former husband, who is black, and their children, and more broadly, such as "black people do not take care of their children. All they do is sit at home and smoke dope," according to the lawsuit.