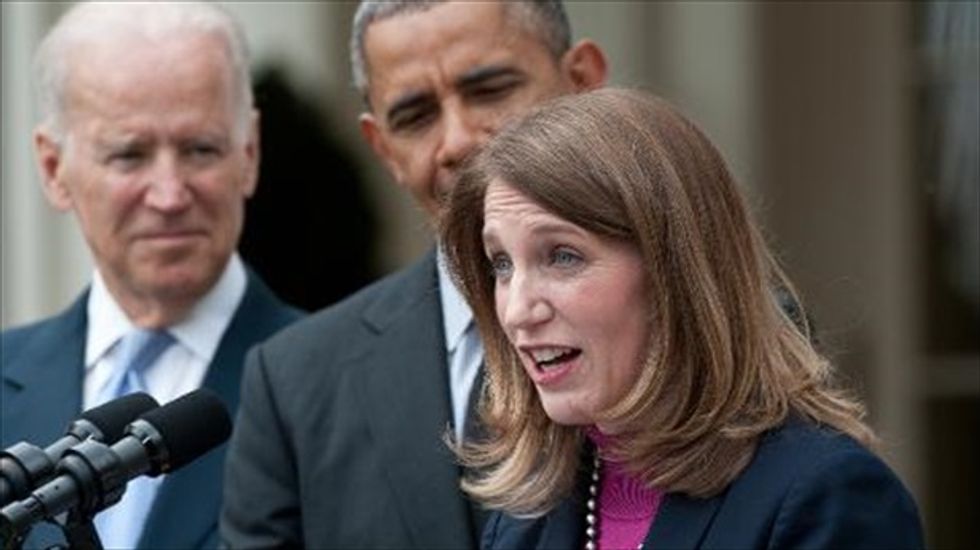 Burwell, already an Obama insider with cabinet-level status, glided through the nomination process and was confirmed 78-17, even as Republicans used the opportunity to take pot shots at the law known as "Obamacare."

She replaces outgoing Health and Human Services secretary Kathleen Sebelius, who stepped down in April after presiding over the disastrous rollout of the historic law's online enrollment system.

The chaotic launch of the website forced the administration to undertake an expensive emergency effort to fix a series of embarrassing technical problems.

In a post-confirmation statement Obama hailed Burwell as a career problem-solver and "proven manager who knows how to deliver results," which he said will help her "make sure every American has access to quality, affordable health care."

Obamacare itself became a primary political target of Republicans, who savaged the program as a big-government takeover of a huge industry.

Republican lawmakers have voted dozens of times to repeal the law, saying it has forced some customers off their existing plans, raised premiums, and led to job losses at small businesses.

Democrats counter that Obamacare has turned the corner, with more than eight million Americans signing up for health care through the system.

"Her embrace of Obamacare calls her policy judgment into question," he said on the Senate floor.

"When it comes to the task of implementing this ill-conceived and disastrous law, the president may as well have nominated Sisyphus (because) Ms. Burwell has been asked to do the impossible," McConnell said, referring to the mythological Greek figure condemned to forever roll a boulder up a hill in Hell.

Americans remain split over the law, depriving Obama of a clear political victory in pushing through the most sweeping social reform legislation to come into force in 50 years.