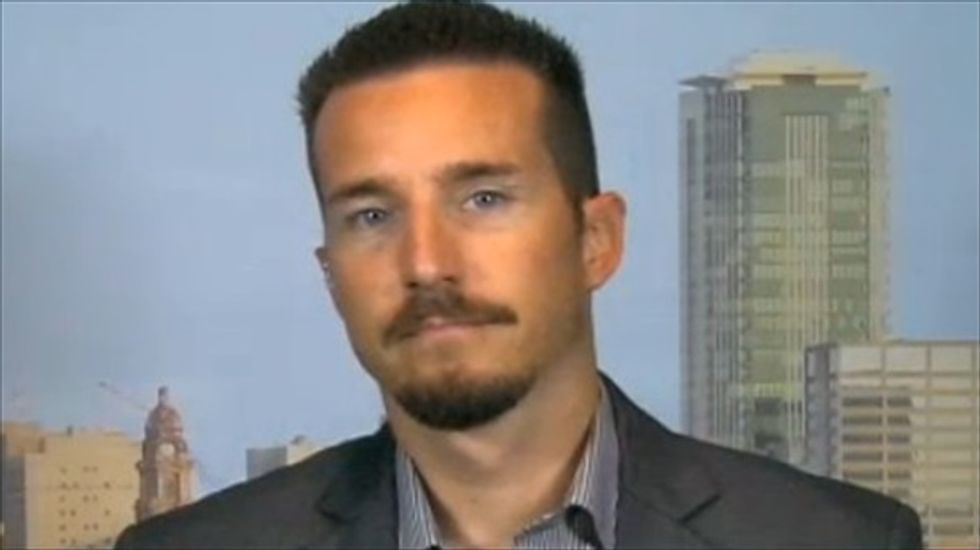 MSNBC host Joy Reid took a spokesperson for the Open Carry Texas gun owners' group to task on Tuesday for being unable to admit that seeing a group of people walk into a restaurant wielding assault rifles might be scary for other diners.

"I think it has the potential to do anything, to have all kinds of emotions," Henderson said. "It potentially could have a large range of emotions."

When Reid asked Henderson to name the emotions his group elicits during public appearances, Henderson said the response when his group would go to restaurants was positive.

"We didn't have any terror, we didn't have any fright," Henderson said. "All we had was really interested people [who] wanted to know, 'Hey, why don't you open carry handguns? Isn't that rifle overkill? And we get to explain to them, it's really a strange law, but we can't open carry our Glock."

Group's like Henderson's have also been rebuked by the National Rifle Association, which posted a statement on Monday calling their public exhibitions "downright scary," saying it was weird to see someone walking into an eatery with a rifle strapped to their back.

"I still need you to answer that fundamental question" Reid told Henderson. "Do you understand that it scares people to see a bunch of guys with huge guns walking in when you are sitting there unaware with your kids?"

"We have a totally different policy now, so we're actually kind of digging up the past here," Henderson said, ducking the question, before explaining that Open Carry Texas and three other groups had met to discuss a new shared approach to restaurant appearances. "[We] will not bring long arms into a restaurant where we have not been previously invited, or actually invited by the ownership."

Watch Reid's interview with Henderson, as aired on Tuesday on MSNBC, below.