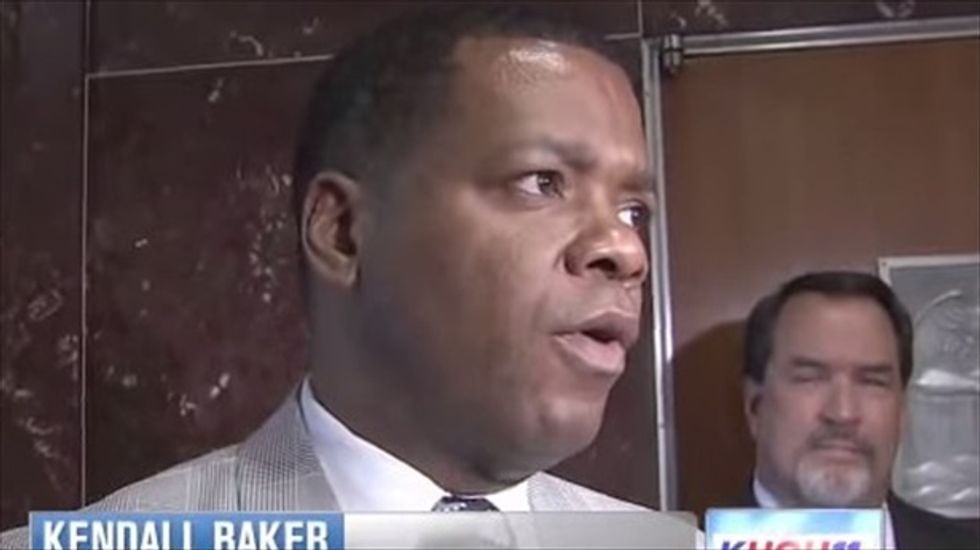 A Houston, Texas pastor who engaged in scare tactics to protest the city's new anti-discrimination law this year had been suspended from his own job with the city after being investigated for sexual harassment, KROI-FM reported.

Kendall Baker was suspended indefinitely from his position at the city's 311 service following an investigation by the city's Office of the Inspector General (OIG). The investigation was prompted by a June 2013 complaint by one of Baker's employees, who said he "solicited sexual acts, made crude comments about female anatomy, and engaged in inappropriate physical contact by hugging subordinate female employees."

Investigators said in a September 2013 report that Baker also solicited donations from his subordinates on behalf of his church. Baker denied the allegations and said a "municipal union board member" made them up to put him under scrutiny by the OIG.

"Mr. Baker's explanations were neither satisfactory nor exculpatory," the report stated.

The law, known as the Houston Equal Rights Ordinance (HERO), was approved by the local city council on May 29. It extends legal protections regarding housing and employment to members of the LGBT community, similar to an ordinance passed in San Antonio last year.

Baker, a member of the local pastors council, was among those opposing the proposal before it passed. KROI reported that he squared off with Mayor Annise Parker on the issue during a May 13 city council meeting.

"I say to you, what if I came into the restroom here while you were sitting on the toilet? How would you feel?" Baker told Parker at the time. "Wouldn't you feel uncomfortable?"

Baker also criticized the OIG investigation into his conduct during the meeting, saying, "The reason I know the OIG is overwhelmed is because I just ended a 28-year, 11-month career with the city and was wrongfully terminated and the OIG did not handle the case appropriately."

"You are proof we do a good job in the OIG, sir," Parker replied.

Baker seized on a common conservative talking point in opposing the initiative, saying it allowed for potential abuse by heterosexual men.

"The imagery that I have in my mind is a grown man going into a restroom with a 6 year old girl standing beside of her using the restroom," Baker was quoted as saying on April 30.

Watch a report by KHOU-TV containing some of Baker's remarks against the ordinance, as aired on April 30, below.

The OIG's findings on Baker's conduct can be found below.