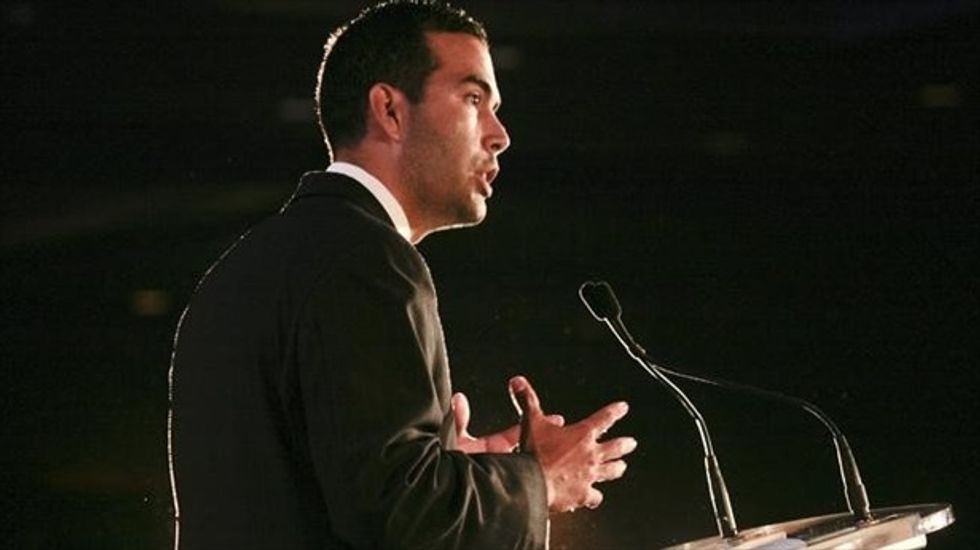 FORT WORTH Texas (Reuters) - Texas Republicans opened their convention on Thursday poised for a bruising battle on whether to push for immigration reform in a state where Hispanics could make up the majority of the population by 2030, or adopt a hardline approach on the contentious issue.

The conservative Tea Party branch of the party, which is led by U.S. Senator Ted Cruz and carries great weight in the state, wants to shoot down a 2012 party policy known as the “Texas Solution" that would allow undocumented workers to hold jobs that go unfilled.

"This amounts to nothing more than amnesty that never ends,” said Dallas-Fort Worth-area delegate Brenda White as she passed out stickers calling for “No Texas Solution.”

Supporters of the Texas Solution say common sense has to prevail or the party will find itself increasingly out of touch as its base of white voters shrinks to a minority group in 15 years if demographic trends continue.

“These are two groups that I know something about because I am part of them,” said Bush, 38, whose mother, Columba Bush, is Mexican-born and whose father is former Florida Governor Jeb Bush.

Republicans dominate politics in Texas, a state with a $1.4 trillion yearly economy. Republicans are the favorites in elections later this year for the posts of governor, lieutenant governor and attorney general.

Democrats have not won a statewide race since 1994 but are hoping they can make gains as the demographic numbers shift in their favor and the Republican Party maintains strongly conservative positions.

Cruz has emerged as one of the leaders of the Texas Republicans, pushing politics in the already conservative state even further to the right, analysts said.

The party platform will come up for a vote on Saturday.

The 2012 party document also called for the United States to drop out of the United Nations, the International Monetary Fund and World Bank, and said: "Homosexuality tears at the fabric of society."