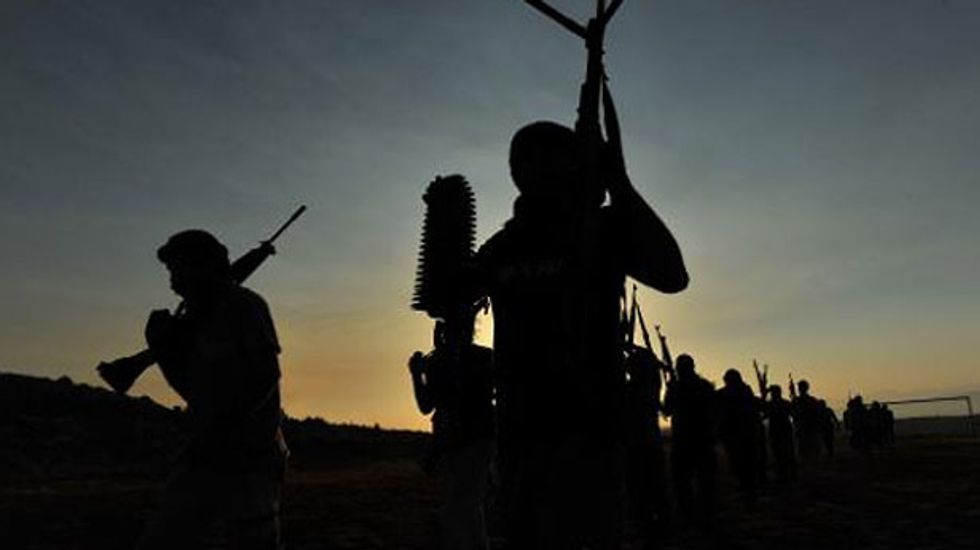 SAN ANTONIO (Reuters) - Two men in central Texas have been arrested on charges of trying "to provide material support to terrorists," with one of the pair seeking to aid extremist groups fighting in Syria, U.S. prosecutors said on Wednesday.

Rahatul Ashikim Kahn, 23, was arrested at his home in the Austin suburb of Round Rock and charged with terrorist activities, including "committing violent jihad," according to court documents unsealed on Wednesday.

The other man, Michael Wolfe, 23 also known as "Faruq," was arrested at Bush Intercontinental Airport in Houston on Tuesday. He was charged in a separate federal criminal complaint with "attempting to provide material support to terrorists," prosecutors said.

Lawyers for the two were not immediately available for comment.

According to the complaint, "Wolfe planned to travel to the Middle East to provide his services to radical groups engaged in armed conflict in Syria," prosecutors said.

The arrest affidavit alleged that Wolfe told a confidential informant in May 2014 that he and his wife were expecting a tax refund in the amount of $5,000. Wolfe indicated his wife wanted to get a portion of the refund to her mother, and the rest of the refund would be for his travel to Syria, according to the affidavit.

Both men face up to 15 years in prison if convicted. They have a detention hearing set for Friday afternoon in Austin.