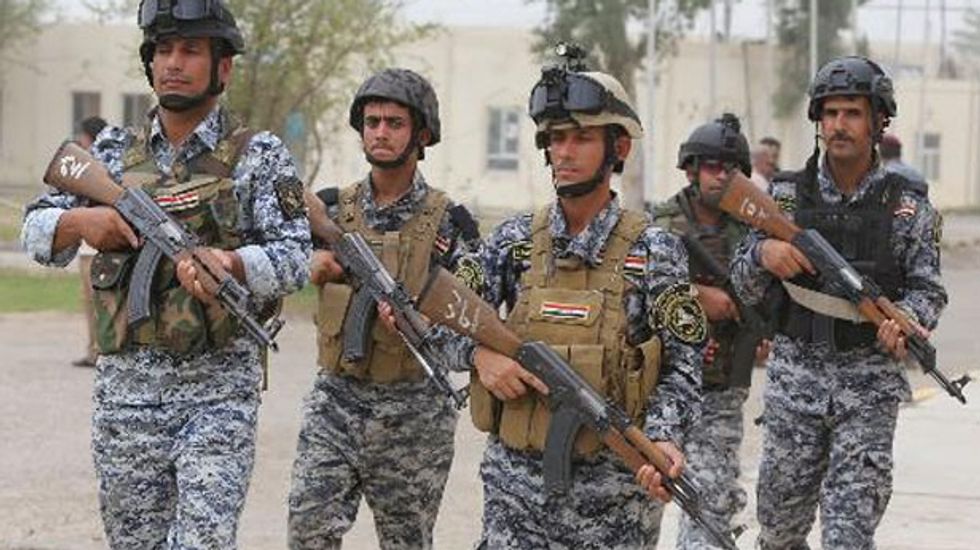 Washington vowed to boost aid to Iraq and is mulling drone strikes amid fears Iraqi forces are crumbling in face of militants increasingly emboldened since the US withdrawal.

Iraqi officials have already privately asked the US to consider sending in drones to root out jihadists from the Islamic State of Iraq and the Levant (ISIL), who in a lightning offensive have seized a swathe of the north.

The request has been turned down in the past, but Washington is now weighing several possibilities for more military assistance to Baghdad, including drone strikes, a US official told AFP on condition of anonymity.

Resorting to such aircraft -- which remain highly controversial in Afghanistan and Pakistan -- would mark a dramatic shift in the US engagement in Iraq, after the last American troops pulled out in late 2011.

"The United States has been fast to provide necessary support for the people and government of Iraq," National Security Advisor Susan Rice told a Washington think-tank Wednesday.

"We are working together to roll back aggression and counter the threat" posed by ISIL to Iraq and the region, Rice said.

But she insisted the US "must do more to strengthen our partners' capacity to defeat the terrorist threat on their home turf by providing them the necessary training, equipment and support."

State Department spokeswoman Jen Psaki stressed there were no current plans to send US troops back to Iraq, where around 4,500 Americans died in the eight-year conflict.

She also denied the offensive, in which the militants seized northern Mosul and then Tikrit, had caught Washington by surprise or marked a failure of US policy in the country it invaded in 2003.

The United States has repeatedly warned of the dangers of ISIL and has already expedited arms shipments to Iraq this year and ramped up training of Iraqi security forces.

In January, Washington sold 24 Apache attack helicopters to Baghdad, as well as about 300 anti-tank Hellfire missiles and two of some 36 F-16 fighter aircraft, according to a Pentagon spokesman.

Some of the arms have been delivered and others should be on their way in the coming months.

A request for a further $1 billion in aid, including provisions for around 200 Humvee vehicles and 24 AT-6C Texan II aircraft, is before Congress, but it may take months to be approved.

The last US troops left Iraq in December 2011, eight years after ousting Saddam Hussein after the invasion ordered by then president George W. Bush.

Since then, Washington has provided training to Iraq's military for counterterrorism missions, including in Jordan since early 2014.

US Vice President Joe Biden meanwhile called for the "safe and immediate" return of 49 Turkish citizens kidnapped from a consulate in Mosul.

During a call with Turkish Prime Minister Recep Tayyip Erdogan, Biden said "the United States is prepared to support Turkey's efforts to bring about the safe return of its citizens."

US officials also said they would try, working with the international community, to help an estimated 500,000 people who have fled their homes in Mosul.

ISIL's spokesman called on the militants to march to Baghdad, slamming Iraqi Prime Minister Nuri al-Maliki for being incompetent.

Amid reports that the Iraqi army had simply fled Mosul in face of the offensive, security expert Bruce Riedel told AFP "there's plenty of room for finger-pointing for the debacle in Iraq."

"Let's not forget the disastrous decision to start the war in 2003 as the place to begin finger-pointing," the senior fellow at the Brookings Institution said.

The Pentagon needed to make a fundamental assessment of the difficulties facing the Iraqi military, he said.

"If it's a problem that the Iraqi military is broken at its core, then there's no point in sending more Humvees and Apaches," Riedel added.

"It's a point of how do we minimize our losses and live with what might be rapidly be developing as a de-facto partition of Iraq between a Sunni extremist state and a Shiite state."

Amanda Marcotte, Salon
On Tuesday afternoon, when word came down that the jury in the Oath Keepers trial in Washington, D.C., had already come to a decision, the speed suggested that the defendants were doomed. So far, this has been the most complicated of all the criminal proceedings stemming from the insurrection that Donald Trump incited on Jan. 6, 2021. Most people charged with crimes after storming the Capitol on that fateful day have faced simple charges, such as obstructing government proceedings and trespassing. But for this case, the Department of Justice was asking the jury to convict the defendants on a range of criminal charges, with the most serious being seditious conspiracy, which is notoriously difficult to prove.

Under the circumstances, legal reporters repeatedly warned audiences not to assume that the five insurrectionists on trial in a D.C. federal court would actually face punishment for their crimes. But despite all the moving parts and complicating factors, the jury spent only three days deliberating, a relatively brief period under these charged circumstances. That suggests the jurors were not distracted by political pressures or the various imaginative deflections offered by defense attorney. Sure enough, both Oath Keepers founder Stewart Rhodes and his right hand man, Kelly Meggs, were found guilty of seditious conspiracy, and all five defendants were convicted for obstructing an official proceeding and destroying evidence. Meggs and two other defendants, Jessica Watkins and Kenneth Harrelson, were also convicted on various conspiracy charges.

Although three of the five defendants were acquitted of the sedition charge (and Rhodes was found not guilty on two conspiracy charges), this verdict should be understood overall as a resounding victory for the prosecutors. Perhaps most important, it shows that juries of ordinary citizens are fully capable of understanding the evidence that what happened on Jan. 6, 2021, was not a spontaneous riot but a preplanned insurrection. As former federal prosecutor Randall Eliason told the Washington Post, "The jury's verdict on seditious conspiracy confirms that January 6, 2021, was not just 'legitimate political discourse' or a peaceful protest that got out of hand. This was a planned, organized, violent assault on the lawful authority of the U.S. government and the peaceful transfer of power."

Prince William and his wife Kate head to the United States this week for their first visit in eight years, and the popular couple's inaugural trip as prince and princess of Wales.

The three-day visit to the northeastern city of Boston culminates on Friday evening with a star-studded ceremony for William's Earthshot Prize initiative to tackle climate change.