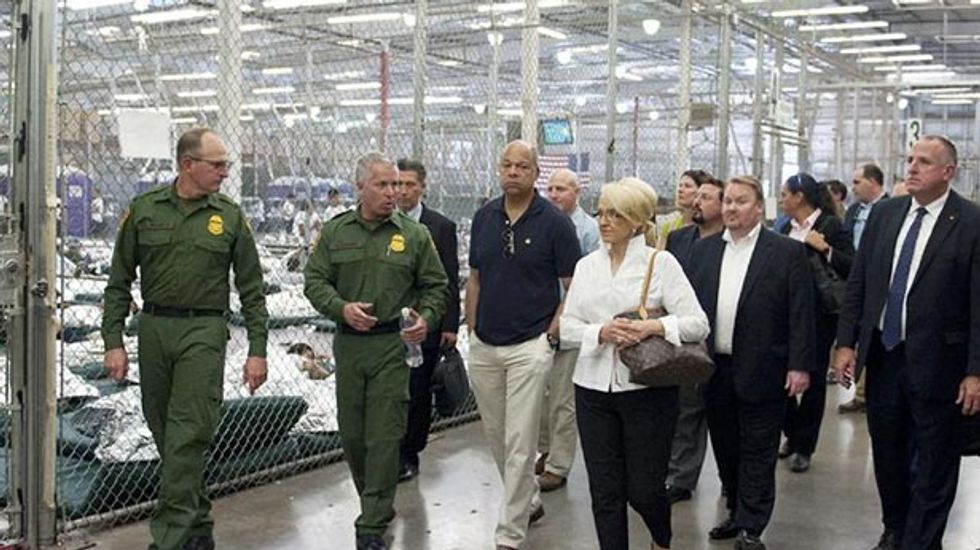 The United States Thursday warned Central American families to stop sending their unaccompanied children across the Mexican border into the United States, calling the trip dangerous and pointless.

These children will not be granted residency, Homeland Security Secretary Jeh Johnson said in Nogales, Arizona as he visited a detention center housing 900 minors who came to America alone.

"This journey is a dangerous one and at the end of it there's no free pass. There are no 'permisos' for your children who come to the US," Johnson said, referring to the coveted residency permits that are hoped for at the end of the journeys.

He said the goal is to fight gang violence fueling much of the flight and to spur economic development so people have more of an incentive to stay home and also deal with children who are deported.

The United States says such gang violence -- rampant in Central America -- is at the heart of a surge in unaccompanied children crossing the border from Mexico into the US, mainly through the borders with Arizona and Texas.

US media have reported some of the kids are as young as four or five, some of them having to appear before a judge.

From October of last year through June of this year, some 52,000 unaccompanied minors entered the United States. That was double the number from October 2012 through the end of 2013.

"It’s the problem that we have been facing for years now," she said, according to the newspaper Nogales International.

Detention centers for these children are packed, so authorities want streamlined procedures for deporting them.