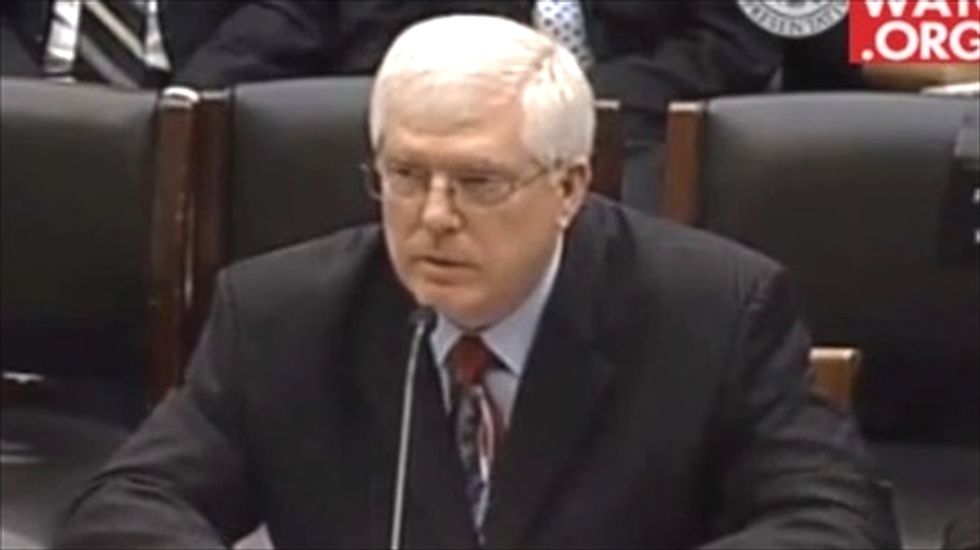 Christian radio host Mat Staver was at a loss on Tuesday when trying to tell a New York lawmaker how businesses discriminating against members of the LGBT communities was any difference than doing so against people of color, Right Wing Watch reported.

Staver, the dean of Liberty University's school of law and head of the conservative lawyers' group the Liberty Counsel, encountered stiff questioning from Rep. Jerrold Nadler (D-NY) during a subcommittee meeting for the House Committee on the Judiciary regarding alleged threats to religious freedom like marriage equality.

Nadler pressed Staver repeatedly on the question of whether photographers can use religious beliefs as a reason to refuse to take pictures at same-sex marriages, drawing the analogy between those couples and relationships between two people of color.

"Would it be an equal limitation to his religious belief if he said, "I don't want to go to a wedding of Black people?" Nadler, himself an attorney, asked. "Would the government saying, 'You can't do that,' be a violation of his religious freedom?"

"And if her religious beliefs said, 'I don't want to celebrate a celebration of Black unions, because I think Black people shouldn't get married, that's in my religion,'?" Nadler asked. "Is it an imposition on her religious freedom for government to say, 'You can't do that?'"

"I think that's fundamentally different," Staver said, without offering up any specific different. "I don't think that's what the issue is in that case and I don't --"

"I think it would be something that she wouldn't object to," Staver responded.