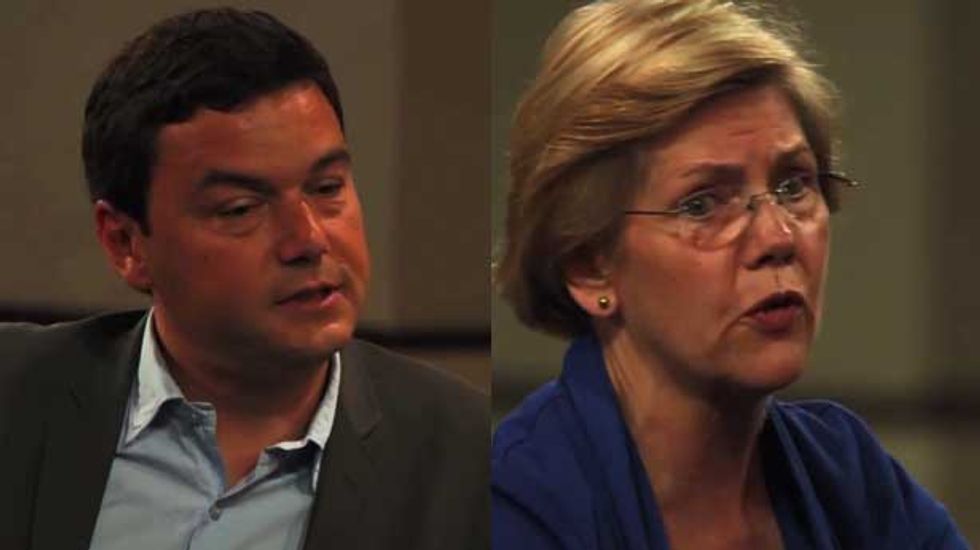 A discussion between Sen. Elizabeth Warren (D-MA) and economist Thomas Piketty regarding income inequality and how to combat it will air Monday night at 8:30 p.m. EST.

"It's fundamentally this question about whether or not the game is rigged," Warren said in footage released from the talk, which was filmed in Boston, Massachusetts this Saturday night. "The game right now, in America, is rigged."

Piketty's latest book, Capital in the Twenty-First Century, recently topped the New York Times' best-seller list for hardcover non-fiction works. In it, he argues that a wide income disparity is a feature of capitalism, as opposed to side-effect, and says that government regulation is necessary to limit the potential damage to the democratic process.

The discussion, moderated by Huffington Post Washington Bureau Chief Ryan Grim, can be seen below.

And a preview featuring remarks by both Piketty and Warren can be seen here.