'We are in shock': Baghdad 'empty' as Iraqi capital prepares for jihadist siege 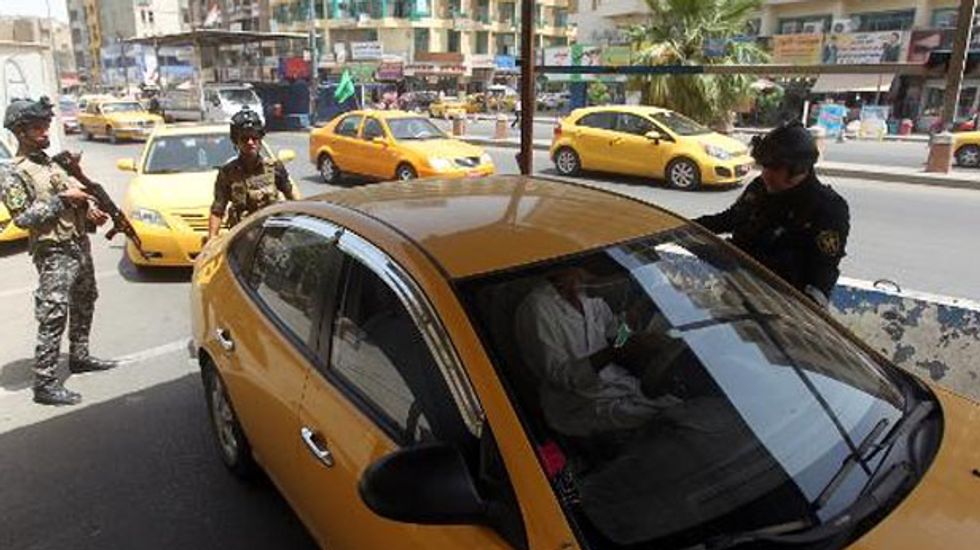 The usually bustling streets of Baghdad were quiet on Thursday and business almost at a halt as stunned residents feared the imminent arrival in the capital of bands of Islamist militants.

"Baghdad has been empty for two days," said Zaid Andulwahab, 33, sitting in a deserted restaurant in the centre of Baghdad.

"The gunmen are only 90 kilometres away from the capital. This means ... they might storm it all of a sudden," he said.

Jihadists spearheaded by fighters from the Sunni Muslim Islamic State of Iraq and the Levant (ISIL) earlier Thursday seized the town of Dhuluiyah, 90 kilometres (56 miles) north of Baghdad, and the nearby Muatassam area.

In a lightning offensive, the rebels have since late on Monday overrun all of the northern province of Nineveh and significant areas of neighbouring Salaheddin and Kirkuk provinces, as well as part of northern Diyala.

ISIL spokesman Abu Mohammed al-Adnani has vowed that the group will push into Baghdad and on into Karbala, a city southwest of the capital that is one of the holiest sites for Shiite Muslims.

Andulwahab appeared shocked by the sudden charge of the militants and the failure of government forces to stop them.

"Where is the army that we spent billions" to build up, he exclaimed, referring to the fact that many soldiers have discarded their uniforms and abandoned their posts when confronted by the powerful and disciplined jihadist force.

"We are in shock and living in a state of anxiety and fear that we have not experienced since 2003," he said, referring to the year US-led forces invaded Iraq and toppled the regime of dictator Saddam Hussein.

"Business has dropped significantly in the past two days," said a 25-year-old barber, who gave his name only as Salam.

"We are surely worried about the developments, but we hope that nothing will happen in Baghdad," he added.

At the entrance to Karrada, Abu Alaa etched a pane in his glassmaking shop, while voicing fear over a lack of security.

"People are confused. Everyone feels left alone and there is no one to provide security," he said.

"Nobody expected this," he added, speaking of the swift advances of militants.

He said he was having to come to terms with the fact he may be forced to flee the city and become a "refugee".

"Anything could happen in Baghdad now! A month ago it was impossible, but now anything is possible," he said.