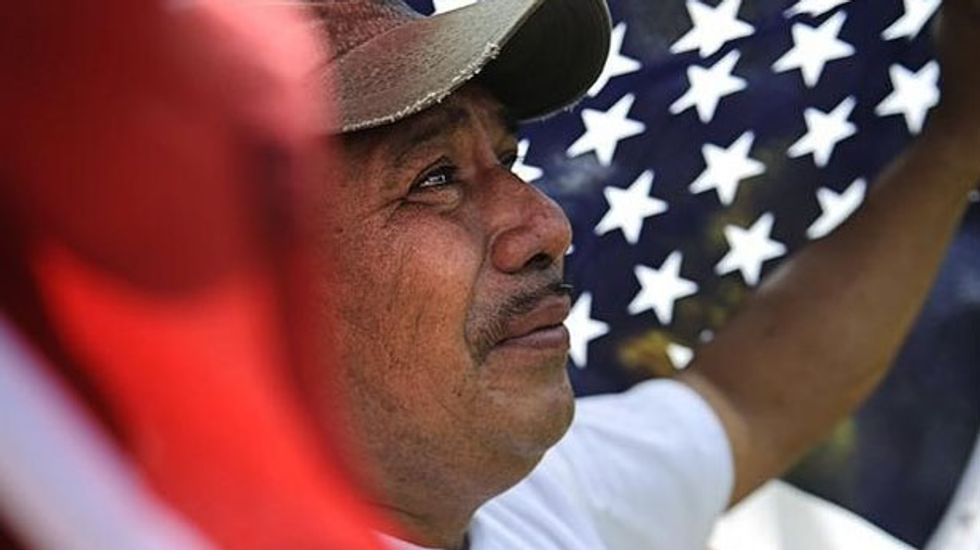 WASHINGTON (Reuters) - The White House on Friday announced tens of millions of dollars of additional funding for Central American governments to address the root causes of migration that has led to a surge of migrants, many of them children, into the United States.

The administration has stepped up efforts to address a flood of children that are arriving illegally in the United States, a situation President Barack Obama has called an urgent humanitarian crisis. Obama spoke on Thursday with Mexican President Enrique Pena Nieto about the problem and Vice President Joe Biden is in Guatemala today to discuss the issue with Central American leaders.

"The administration remains greatly concerned by the rise in unaccompanied children from Central America," the White House said in a statement. There has been a rise in the number of very young children, girls and adults with their children that are entering the United States, the White House said.

The administration also announced $9.6 million in additional support to El Salvador, Guatemala and Honduras to help them receive and reintegrate people who are sent back.

Congress this week moved forward on providing $2.28 billion for the Department of Health and Human Services to feed and shelter the estimated 130,000 minors expected to arrive in the coming year.