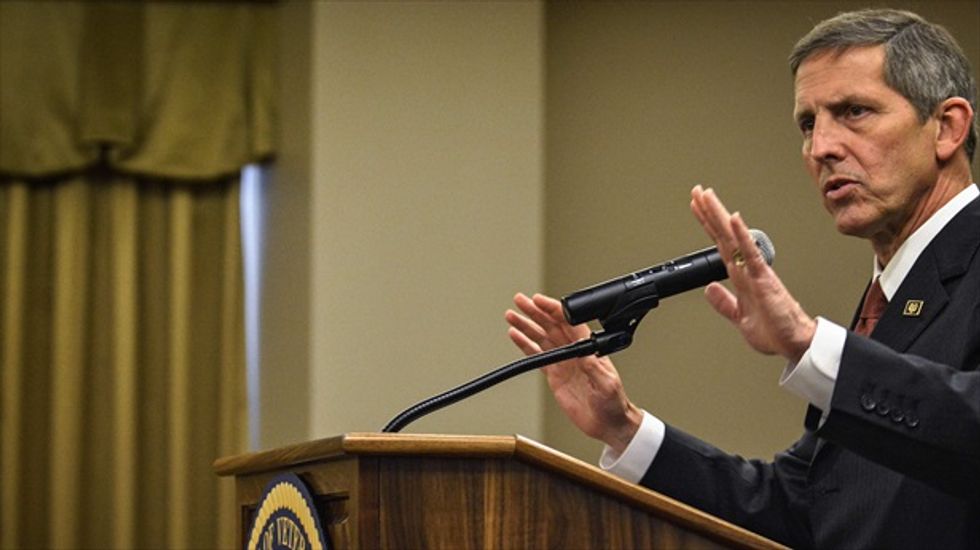 BALTIMORE (Reuters) - The White House has turned to healthcare experts and industry leaders in its effort to pick a new head for the troubled Department of Veterans Affairs, the agency's interim leader said on Tuesday.

"This is one of the most important jobs in government today," Gibson said in remarks at the Baltimore VA Center. "This is one position that has a greater opportunity to have an impact and make a lasting difference than any other opportunity in health care."

Other panel members include Kenneth Kizer, a professor at the University of California, Davis; John Prescott of the Association of Medical Colleges; and Veterans of Foreign Wars Executive Director Bob Wallace, Gibson said.

Revelations of widespread delays in providing healthcare to veterans that in some cases led to fatalities has embarrassed President Barack Obama, who campaigned on a pledge to improve veterans' care in 2008.

Furor over bottlenecks and revelations VA officials concealed waiting lists to earn bonuses cost former VA Secretary Eric Shinseki his job. Obama has pledged to quickly name a new full-time head of the agency and overhaul the veterans' healthcare system, which has around 9 million enrollees, 150 hospitals and 820 community-based outpatient clinics.

Cleveland Clinic's Cosgrove has been mentioned as a possible candidate to lead the VA but has said he does not want the job.

"The idea of a patient waiting so long that they expire ... we are much better than that," Cummings said.

[Image: Acting Secretary of Veterans Affairs Sloan Gibson speaks to reporters during a visit to the Baltimore VA Medical Center in Baltimore, Maryland June 17, 2014. By James Lawler Duggan for Reuters]