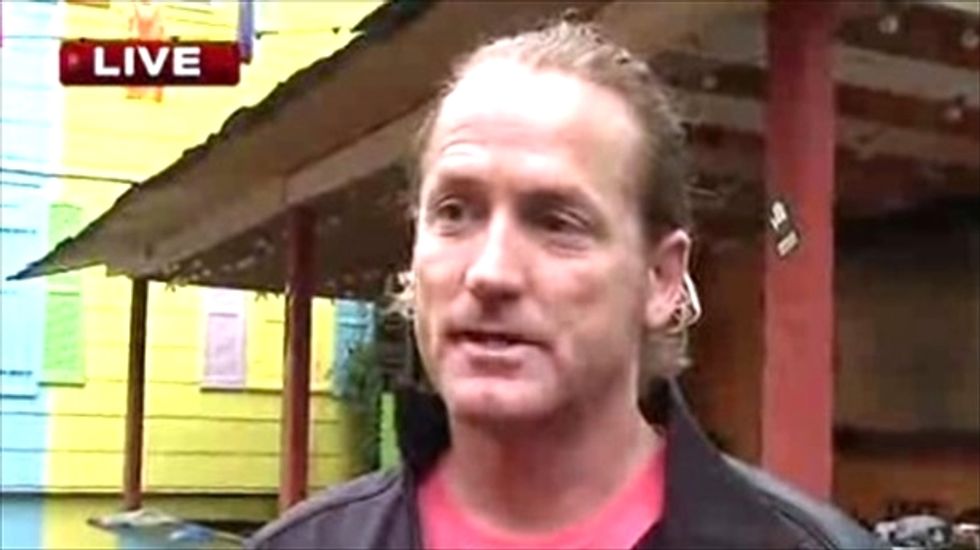 A Milwaukee, Wisconsin bar owner is defending his choice to decorate his bar to look like a Brazilian slum -- a favela, as it's called -- to entice customers to visit his business to watch the soccer World Cup, Alternet reported.

"These are people who didn't know what a favela was a week ago, much less what the word was, much less that there was even strife associated with the World Cup," Nomar Pub owner Mike Eitel was quoted as saying. "There's a lot of discussion that can be had about not just what's going on in Brazil. There's a lot going on Brazil. Nobody up here gives a sh*t or knows about it. Now they're talking about it. So we got that far, and that's what art's supposed to do, is create the discussion."

To date, Eitel has not specified whether the "discussion" at his bar covers the constant police crackdowns and forced removal of more than 100,000 residents from these communities before the event started, or the spate of labor strikes that have only increased in the week leading up to Thursday's opening kickoff.

WTMJ-TV reported that Eitel has also been criticized by progressive sports writer Dave Zirin, whose new book, Brazil's Dance With The Devil, chronicles the tension between the Brazilian government and low-income residents during the country's preparations for both the World Cup and the Summer Olympics Games in 2016. Zirin wrote on Twitter:

Dear @NomadMilwaukee: The poverty, police violence, & conditions of military occupation in favelas are no joke & it's not a samba frat party

Eittl struck a friendlier tone in interviews with WTMJ, saying he wanted to "channel the passion" of Brazilian soccer fans, and that his efforts had been applauded by members of the local "Brazilian fan base."

"We just like providing a really cool backdrop for our World Cup tournament [telecasts]," Eittl told WTMJ in an interview Thursday morning. "This is our fourth World Cup, and every time, we do an homage to the hosting country. So, four years ago, South Africa. Before that, Germany. We took something that was iconically, recognizably Brazilian. It'd be a great experience for the customers. A lot of volunteers and artists come down and bang it out."

Zirin told WTMJ he did not want to criticize Eittl's motives, but that he was still trivializing the struggles of Brazil's poor communities with the choice of decor.

"The idea of trying to profit off it in Milwaukee, it's almost like the definition of the ugly American," Zirin was quoted as saying. "'Let's get a little taste of it here, and by the way, you can also have a beer and a shot here with your favela experience.' There has to be a better way of doing this."

Watch footage from Eittl's interview with WTMJ, as aired on Thursday, below.