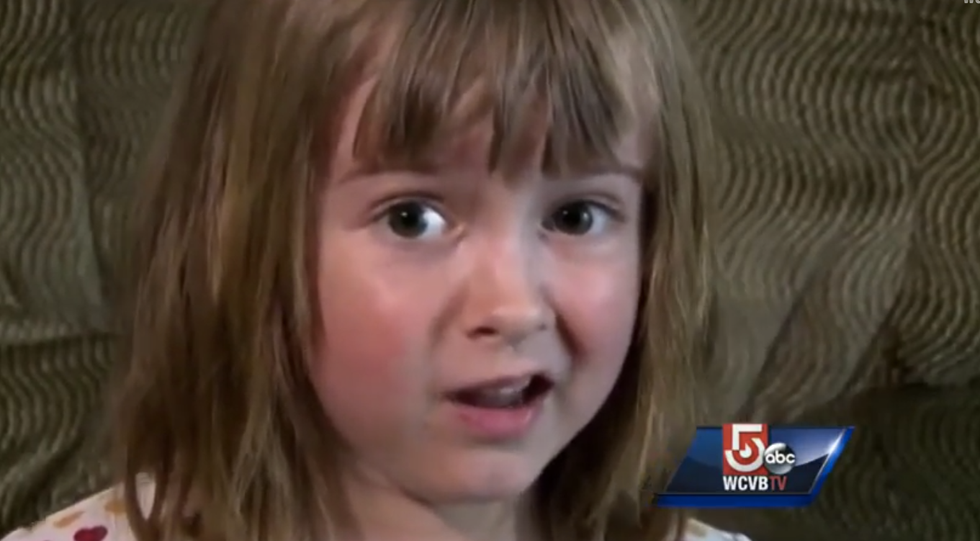 A 4-year-old Ferndale, Washington girl alerted police to the fact that her babysitter was lying about a home invasion that took place last Wednesday.

Milwaukee's WITI reported that Abby Dean's 17-year-old sitter concocted a plan to steal the Dean family's belongings and blame the theft on a mythical group of "armed black men."

Last Wednesday, Abby and her sitter were home alone when the sitter's boyfriend and another man entered the home with weapons and ordered the two of them out.

"The bad guys stole by kitty bank. They stole my iPod," Abby told WITI. "They also stole my Xbox and my Wii."

The sitter told police she'd never seen the men before, but that one of them looked like an African-American neighbor named Cody Oaks.

Police handcuffed Oaks and questioned him for hours. It was Abby, however, who told police that he couldn't be the robber.

“It wasn’t the right skin color,” said Abby. The robbers she saw, she said, were white men.

When police confronted the sitter with that detail, the 17-year-old broke down and confessed to the crime.

“Literally in 30 seconds she changed everything that had been going on for five, six hours,” she said.

Neighbor Cody Oaks is angry to have been unfairly targeted by police acting at the sitter's direction.

“It’s kinda sad ’cause I don’t think she realizes the dangerous position she put me in,” he said.

Abby happily reported that all of her belongings have been returned.

“They got it back because of me being the superhero,” said the girl.