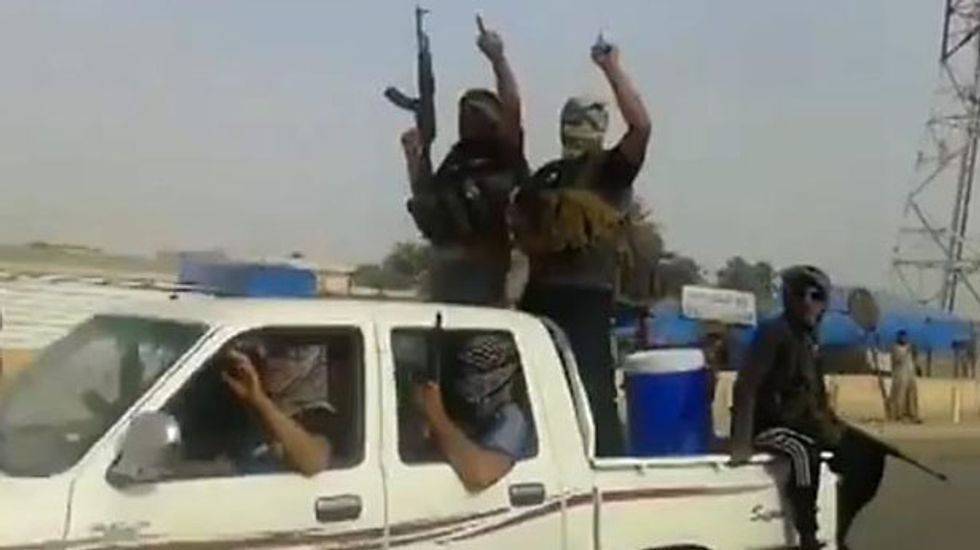 A 19-year-old Colorado woman was arrested by the FBI while allegedly attempting to leave the U.S. to join an extremist group that has run roughshod over Iraq in recent weeks, KMGH-TV reported on Wednesday.

Shannon Maureen Conley was allegedly in the process of boarding a flight from Denver en route to Turkey on April 8 when she was arrested. Conley was charged with material support and resources to a designated foreign terrorist organization and faces up to 15 years in prison if convicted.

At the time of her arrest, Conley planned to meet an unidentified "suitor" and help his efforts with the group calling itself the Islamic State of Iraq and Syria (ISIS), which has overrun U.S.-trained military forces in Iraq. The two reportedly met online, and he encouraged her to travel to Syria to help him. Court documents stated that Conley and the man both expressed an interpretation of Islam that called for "violent jihad against any non-believers."

The Denver Post reported that the FBI had been investigating Conley since August 2013, including a string of visits to her home in Arvada, Colorado, where she insisted she planned on joining ISIS and providing support, as well as fighting "should it become necessary." The suspect allegedly joined the U.S. Army Explorers youth group because it provided military-style training, though the group states on its website that membership is not equivalent to serving in an active military branch.

KMGH reported that federal agents encouraged Conley to meet with local mosque elders "to discuss more moderate views," and also warned her father, John Conley, about her take on Islam.

But court documents stated that the suspect told her father she was "conflicted" about her adopted belief system.

"Conley believed she, as a Muslim, needed to marry young and be confrontational in her support of Islam," an affadavit stated. "She conceded her knowledge of Islam was based solely on her own research that she conducted on the Internet."

Watch KMGH's report on Conley's arrest, as aired on Wednesday, below.