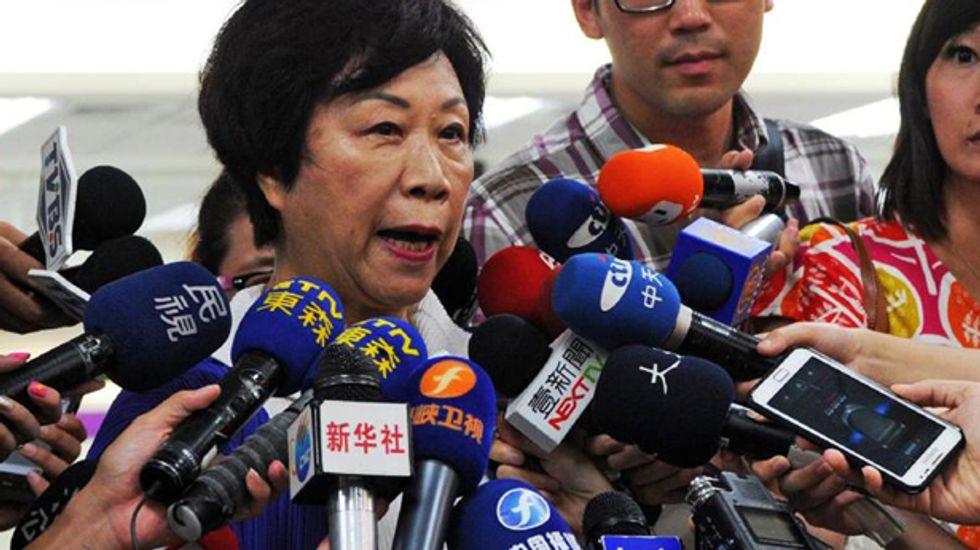 Taiwan's TransAsia Airways said Thursday that 48 people were killed and 10 survived when one of its turboprop passenger planes crashed after an aborted landing during stormy weather.

Flight GE222 was carrying 54 passengers and four crew members on a domestic flight when it crashed on Wednesday at Magong on the Penghu island chain, TransAsia said, clarifying conflicting death tolls given by officials previously.

Two French medical students were among the dead, the foreign ministry in Paris said.

The ATR 72-500 was flying from the southwestern city of Kaohsiung to the islands off the west coast and had been delayed by bad weather as Typhoon Matmo pounded Taiwan, according to authorities.

It was trying to land for a second time after aborting the first attempt during heavy rain, crashing into two houses near Magong airport and injuring five people on the ground, officials said.

"I heard a loud sound and my instinct was that it's a plane crash," a villager surnamed Wang was quoted as saying by the Apple Daily Newspaper website after the plane crashed next to his home and damaged his house.

Wang said he smelt gasoline and saw some passengers with blood on their faces and bodies brought out of the plane.

Television images showed firefighters working in torrential rain to douse fires from the plane's wreckage and soldiers deployed to help on the scene.

The mother of one survivor said: "My daughter called me. She said 'mum, my plane crashed'. She said she climbed out and borrowed a phone from others."

TransAsia, Taiwan's first private airline, flies domestic routes as well as to China, Japan, Singapore, South Korea and Vietnam. It is due to launch the island's first low-cost airline later this year.

An ATR-72 operated by Lao Airlines crashed during a heavy storm in southern Laos in October 2013, killing all 49 people on board.