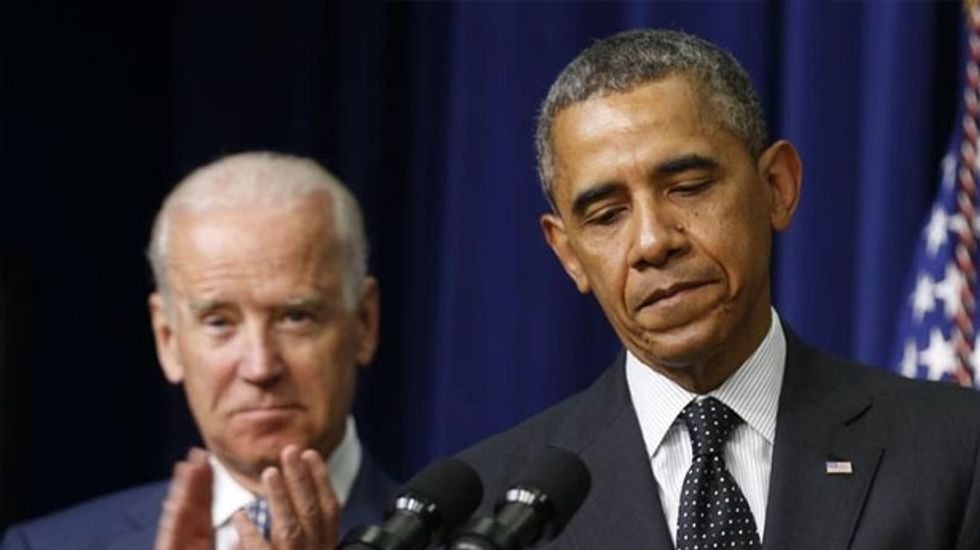 WASHINGTON (Reuters) - President Barack Obama said Joe Biden would make a "superb" president, but questioned whether his vice president or potential rival Hillary Clinton would want to endure another campaign for the White House, a media report on Monday said.

Obama, in an interview with the New Yorker, said Biden "has seen the job up close, he knows what the job entails. He understands how to separate what’s really important from what’s less important. I think he’s got great people skills. He enjoys politics, and he’s got important relationships up on the Hill (in Congress) that would serve him well."

"Joe would be a superb president," Obama told the magazine in an article on Biden in its July 28 issue, which was published online on Monday.

But Obama also expressed wonder that either top Democrat would want to subject themselves to another bid for the presidency in 2016.

Neither Clinton nor Biden, both of whom ran against Obama for the 2008 Democratic presidential nomination, has officially announced whether they plan to run.

Clinton, 66, who served as U.S. secretary of state under Obama, has avoided direct answers about her potential candidacy while on media tour this summer to promote her new book, "Hard Choices."

"For both Joe and for Hillary, they've already accomplished an awful lot in their lives," Obama told the New Yorker. "The question is, do they, at this phase in their lives, want to go through the pretty undignifying process of running all over again."

Biden, 71, who trails Clinton by huge margins in most opinion polls, has said he will wait until after the congressional elections in November to make his decision.

"For all my skepticism about taking the job, it’s been the most worthwhile thing I’ve ever done in my life," Biden told the magazine, referring to the vice presidency. "I can die a happy man not being president."

Obama, who said he was grateful for Biden's loyalty through two terms as vice president, said: "You have to have that fire in the belly, which is a question that only Joe can answer himself."