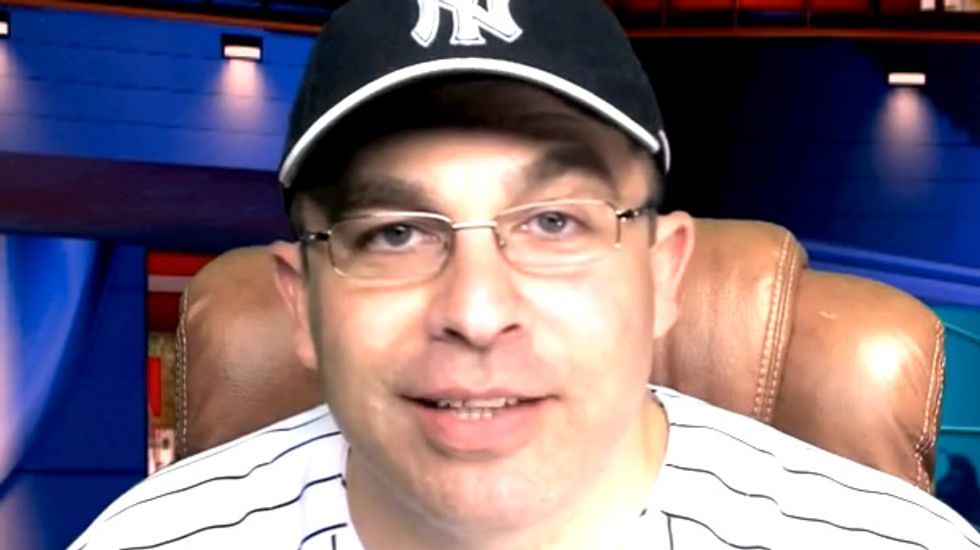 The vice president of the union representing Border Patrol personnel showed up last week on the radio show of an extremist who had talked about killing former Secretary of State Hillary Clinton, the Southern Poverty Law Center (SPLC) reported on Tuesday.

"The number-one thing is to keep up pressure on the agency both in the media and through Congress," National Border Patrol Council vice-president Shawn Moran told Pete Santilli during an interview last week. Moran also reportedly called his appearance "an honor." His union represents nearly 17,000 Border Patrol employees.

The SPLC reported that Santilli drew the attention of the U.S. Secret Service last year for saying that he wanted to shoot former Secretary of State Hillary Clinton "in the vagina."

Santilli also made repeated mention of his plan to organize a protest along the border and "create a traffic jam of epic proportions," blaming President Barack Obama for the resent surge in undocumented minors coming to the U.S. from Central America.

Santilli, who also organized the failed truckers' protest around the Washington D.C. beltway last year, also said a "whistleblower" informed him that immigrants were being trained by Border Patrol personnel.

He also accused the agency of restricting media access more aggressively than it does undocumented immigrants, a point Moran supported.

"I'm not a public relations expert by any means," Moran said. "But the strategy that Customs and Border Protection is using with this is not good when it comes to visibility and being transparent."

Listen to excerpts from Santilli's interview with Moran, as posted by the SPLC, below.

Editor's Note: The story has been corrected to more correctly reflect when Santilli made his comments about Clinton