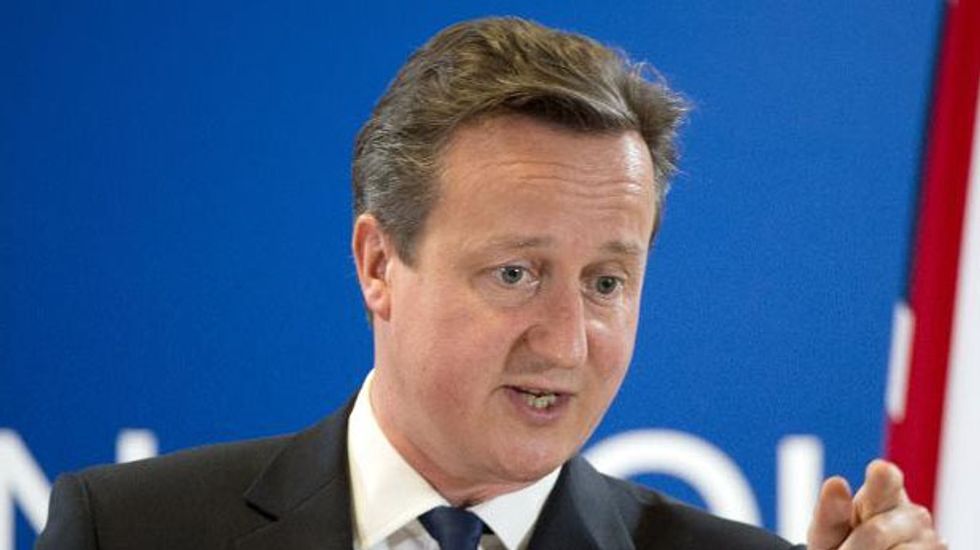 British Prime Minister David Cameron said Friday that if it is confirmed a Malaysian airliner was shot down over Ukraine, those responsible "must be brought to account".

Malaysia Airlines flight MH17 was flying from Amsterdam to Kuala Lumpur when it crashed on Thursday, killing all 298 people on board including nine Britons.

Ukraine's government accuses pro-Russian separatists fighting Ukrainian forces in the east of the country of shooting it down in a "terrorist act".

Cameron called a meeting of the government's emergency committee Cobra Friday morning in the wake of the crash.

"If, as seems possible, this was brought down then those responsible must be brought to account and we must lose no time in doing that," Cameron said after the meeting.

"It is an absolutely shocking incident and cannot be allowed to stand."

Malaysia has said it would be an "outrage against human decency" if it is confirmed that flight MH17 was shot down.

And the US insisted that the tragedy "occurred in the context of a crisis in Ukraine that is fuelled by Russian support for the separatists".

Cameron also said that he had spoken to the leaders of the Netherlands and Australia about the "absolutely shocking" incident.

"All governments, the Russian government, the Ukrainian government, all of them must do everything they can so that we can get to the bottom of what happened in this absolutely dreadful loss of life."