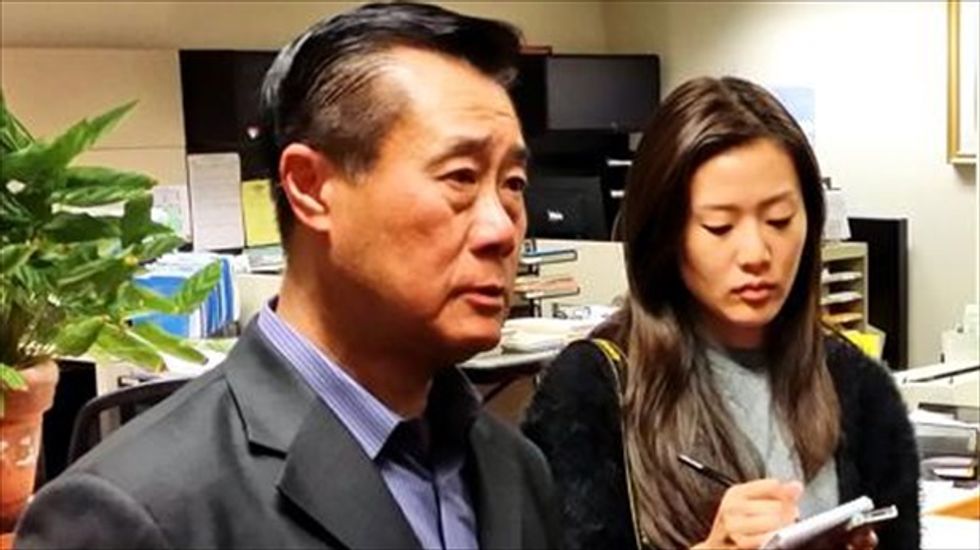 Yee, who made the plea during a brief court appearance in U.S. District Court in San Francisco, was indicted earlier this year over allegations of corruption and taking part in a gun trafficking scheme.

Federal investigators expanded those charges last week to include accusations that Yee participated in a pattern of racketeering activity, including soliciting bribes from the owner of a National Football League team in exchange for a favorable vote on pending legislation.

Yee, 65, is one of three California state senators, along with Democrats Roderick Wright and Ron Calderon, who were suspended in March over ethics charges, costing their party a cherished two-thirds legislative majority in the Senate during an election year.

A longtime gun-control advocate, Yee was charged with wire fraud and conspiracy in April over wide-ranging corruption accusations, including that he had accepted cash from an undercover agent posing as a customer seeking to purchase illegal weapons. He pleaded not guilty at the time.

The recent indictment says Yee's campaign team was the enterprise that carried out the conspiracy beginning in 2011, by soliciting contributions for his election in exchange for his votes and influence in the state Senate.

The former San Francisco supervisor and one-time mayoral candidate also is accused of a related charge of conspiracy to obtain property under color of official right.

Recent charges also allege that Keith Jackson, a Yee campaign consultant, told an undercover FBI agent that for $60,000 Yee could help the owner of a National Football League team by voting against a worker's compensation bill before California lawmakers that would be costly to the NFL teams. The money was never paid, the indictment said.

Yee was arrested earlier this year but is free on $500,000 bail. He faces a maximum of 20 years in prison if convicted of the charges against him. He withdrew from a race for California secretary of state after his arrest.