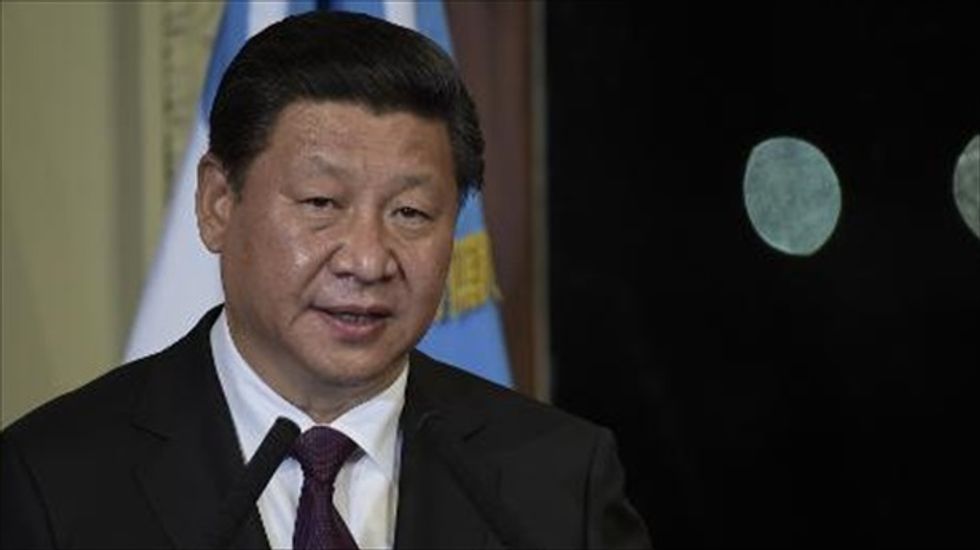 Buenos Aires (AFP) - China's President Xi Jinping called for a "fair and objective" investigation into the crash of a Malaysian airliner in Ukraine.

"We feel consternation over the Malaysian plane that fell in Ukrainian territory and express our condolences to the victims and solidarity with their relatives," Xi said Friday.

He made the comments after a meeting with Argentine President Cristina Kirchner during a visit to Buenos Aires.

The Chinese leader said he was in favor of "a fair and objective investigation" into the crash of the airliner, which killed all 298 people on board.

The plane was flying at an altitude of some 10,000 meters (33,000 feet) Thursday when it disappeared from radar screens, according to European air controllers.

Ukrainian authorities and Russian-backed separatists have accused each other of bringing down the plane with a surface-to-air missile.