Church of England female bishops would be 'seismic' 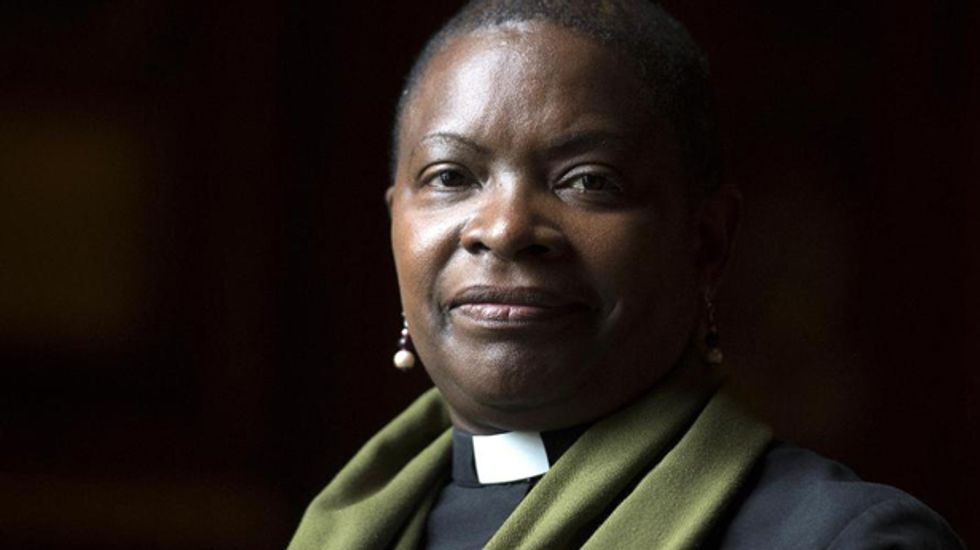 The Church of England could be set to allow its first female bishops -- and not before time, says one of those tipped for the job, adding the days of women being left to arrange the flowers are gone.

Rose Hudson-Wilkin thinks it would be "seismic" if the Church votes on Monday to allow Anglican women to take the top jobs after decades of debate on their role.

As a chaplain to Queen Elizabeth and the Speaker of the House of Commons, Jamaican-born Hudson-Wilkin is already one of the most prominent women in the Church of England.

But she is a passionate advocate of a woman's right to break through the "stained glass ceiling", 20 years after the first ordinations of female vicars.

"It will be a big deal," she told AFP, referring to a possible yes vote.

"This has been on the agenda of the Church since the 1920s, from the time of the suffragettes when women were saying actually, we're human beings, we don't want to be patted on the head and told: 'There dear, you'll be alright doing the flowers or making the cups of tea'.

"We have gifts and skills and abilities and we want what we have to be placed on the table as well."

The Church of England's General Synod will hold a vote Monday which, if passed, could see the first women bishops named by the end of this year.

That would mark the end of a divisive struggle in the Church, where opposition from conservative Anglicans led to the rejection of a previous proposal in 2012, prompting an outcry from many clergy, worshippers and lawmakers.

A mother of three whose husband is also a chaplain, Hudson-Wilkin was born in 1961 and said she felt "called" to the clergy when she was just 14.

She moved from Jamaica to live in Britain in 1985 and became a vicar in the first wave of female ordinations in 1994.

Quoting Bob Marley during an interview in the lavish 19th century formality of London's Houses of Parliament, she seemed equally comfortable with ceremony and simplicity.

She modestly played down media suggestions that she could be one of the first women bishops if the measure goes through.

"Everybody thinks that, I'm too busy enjoying what I'm doing," said Hudson-Wilkin, who also acts as vicar of two churches in ethnically-diverse east London.

"It is the Church that calls you to act in that role, not you that puts yourself forward."

But she argued that having women as bishops would only make the Church of England "richer".

"Women make up perhaps just over half the population and I think that it is rather out of date to have a major institution like the Church of England that is still run by an all-male group," she said.

"It is about valuing each other. If I value you, I'm not going to put you into a little box and tell you to stay there.

The Church of England is the "mother church" of the global Anglican Communion, which covers some 80 million people in over 165 countries.

Anglican women bishops have already been ordained in countries including the United States, Canada and Australia.

A Church of England vote in favour of women bishops would not compel the remaining Anglican churches to accept them but could act as a powerful precedent.

Hudson-Wilkin said she hoped the vote would encourage Anglican churches in other parts of the world to "ask the question 'what is right for us?'."

"I hope that all the provinces who now do not ordain women as priests or consecrate them as bishops, I hope they will see this as a good thing and for the furtherance of the mission of Christ," she added.

Accepting women bishops might also be seen as a natural progression from their current position within the Church, Hudson-Wilkin suggested.

"There is talk of the feminisation of the church, which is so ridiculous because women have always been at the helm," she said.

"They're the wheels that make everything happen."