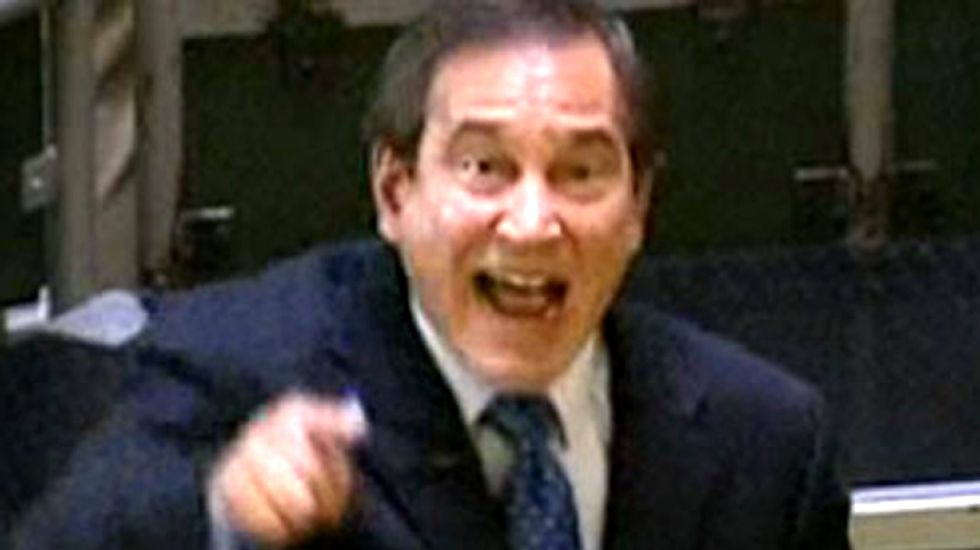 Rick Santelli, whose rant on the floor of the Chicago Mercantile Exchange is credited with starting the Tea Party movement, exploded at co-panelist Steve Liesman today after he told him that Santelli has never been correct about anything.

The CNBC panel was discussing whether Federal Reserve Chair Janet Yellin would risk inflation, and after listening to Santelli expound on all the ways in which in the Federal Reserve was attempting to sabotage the economy, host Scott Wapner said that "the jury's still out as to whether the Fed is going to help."

That remark set Santelli off, as he yelled, "Jury? Who are you talking about? Who's the jury specifically? Academia? Professors? That valet you let park your car?"

Another co-panelist, Josh Brown, noted that Santelli had "already decided this wasn't going to work five years ago. Is this some of your anger about confirmation bias?"

While shouting "I was right! I was right!" Santelli walked off camera as the traders on the floor behind him applauded. "End of conversation," the off-camera Santelli can be heard shouting. "Hasta la vista!"

Steve Liesman then took advantage of his co-panelist's absence to criticize him in a calm, but firm, manner.

At this point, Santelli re-emerged on camera, attempting to shout over Liesman, who simply continued, saying "there is no piece of advice that you’ve given that’s worked, Rick. Not a single one. The higher interest rates never came. The inability of the U.S. to sell bonds never happened. The dollar never crashed, Rick. There isn’t a single one that’s worked for you."