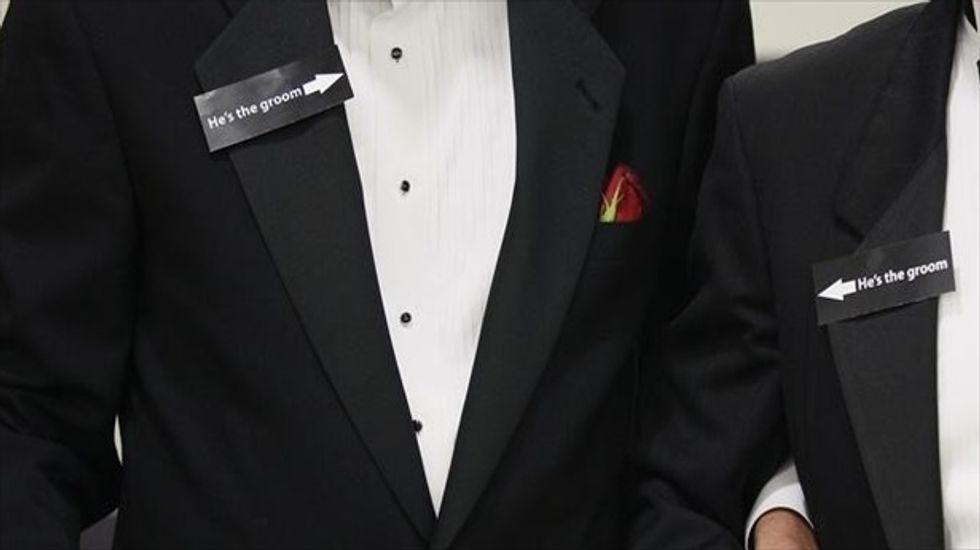 By Daniel Wallis and Keith Coffman

The court ruling did not cover clerks in two other counties, Boulder and Pueblo, who have also been giving the permits to gay couples who they say have waited long enough.

Denver County Clerk Debra Johnson began handing out licenses to gay couples on July 10, hours after a state judge backed the clerk in Boulder, Hillary Hall, who has issued more than 150 of them since late June.

Earlier on Friday, she said she congratulated two men who had become Denver's 100th same-sex couple to be issued a marriage license.

Hall began giving out permits after a U.S. federal appeals court ruling on June 25 that found in favor of gay marriage in conservative neighboring Utah.

But a lawsuit filed by Suthers to stop her was rejected by a state judge last week who found in favor of Hall, and within hours the county clerks in Denver and Pueblo said their offices would also begin issuing marriage licenses to same-sex couples.

"The message should be clear enough," Suthers said in a statement.

A spokeswoman for Hall said the Boulder County Clerk had no comment because they were not involved in the case, and that they will continue issuing licenses.

Pueblo County Clerk Gilbert Ortiz said his office was evaluating the implications of the ruling and that it will continue to issue licenses to gay couples for the time being.

Separately on Friday, the U.S. Supreme Court agreed to a request from Utah for an emergency stay of a 10th Circuit order that told the heavily Mormon state to recognize hundreds of same-sex marriages performed there pending an appeal.

The move by Utah had been widely expected since the appeals court left intact an existing temporary stay in order to give the state time to seek a more long-lasting injunction from a higher court.

Friday's decision to grant the stay was made by Justice Sonia Sotomayor. Utah had about 1,300 same-sex marriages performed during a 17-day window after the state's ban was briefly lifted by a federal judge in December.

The U.S. Supreme Court reinstated the prohibition after that, issuing a stay that halted further gay marriages until Utah's appeal of that decision had run its course.

Utah's Governor Gary Herbert said Friday's action was an important step toward resolution of the issue.

"Regardless of where you stand on same-sex marriage, all Utahns deserve clarity and finality when it comes to the law," Herbert said in a statement.

Also on Friday, the Denver-based 10th Circuit upheld a lower court decision that voided as unconstitutional a ban on same-sex marriages in Oklahoma.

[Images: Two men, both wearing signs that read "he's the groom", hold hands shortly after midnight after getting a civil union when Colorado's civil union law went into effect in Denver on May 1, 2013. By Rick Wilking for Reuters]