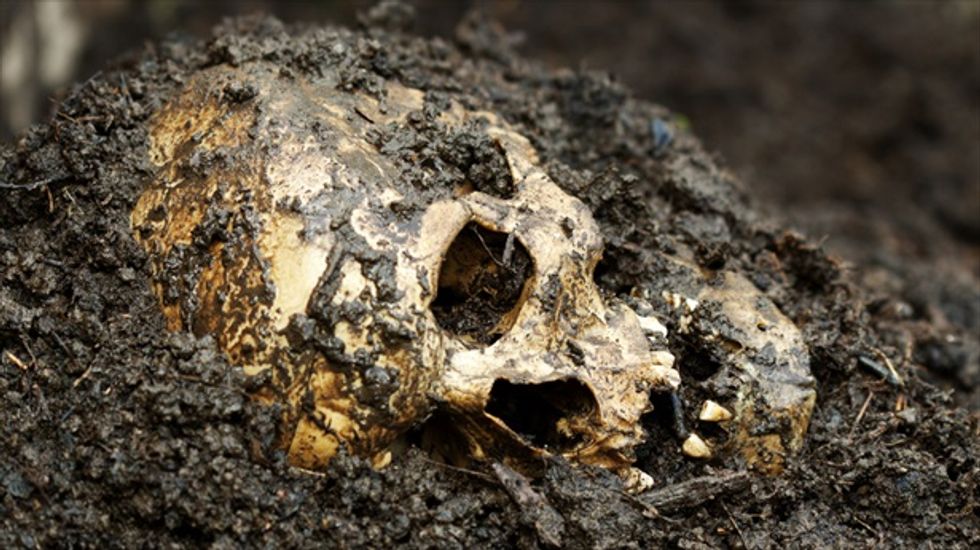 Construction workers in Bolivia have stumbled upon a mass grave with the remains of hundreds of likely indigenous miners during the Spanish colonial era, a researcher said Saturday.

The workers found the remains this week as they started construction on a new building in the "El Minero" district of Potosi, located high up in the Andes.

"We are talking about a common grave found at about 1.8 meters (5.9 feet), and the human remains are scattered over an area of four by four meters," said Sergio Fidel, a researcher at a museum belonging to Tomas Frias University.

In the Spanish colonial era, Potosi became famous for its massive silver and tin reserves, which started to be mined in the 16th century.

The construction workers, who have had no specialized excavation training, say they found the remains of 400 to 500 people and that there may be many more.

The university got involved when its staff learned the workers were piling the bones in a massive heap, fully exposed as construction continued.

One hypothesis is that they happened on an indigenous burial ground of slaves and indentured servants who would have worked at the mine in precarious conditions, said Jose Antonio Fuertes, a historian at the national mint.

Another possibility is the remains could be linked to the collapse of a reservoir in Potosi during the 1600s, which killed some 2,000 people.

The Andean city, once among the world's biggest cities, now has a population of 200,000.

Last month, UNESCO placed the city and the increasingly unstable Cerro Rico on its World Heritage in Danger list due to "uncontrolled mining operations."