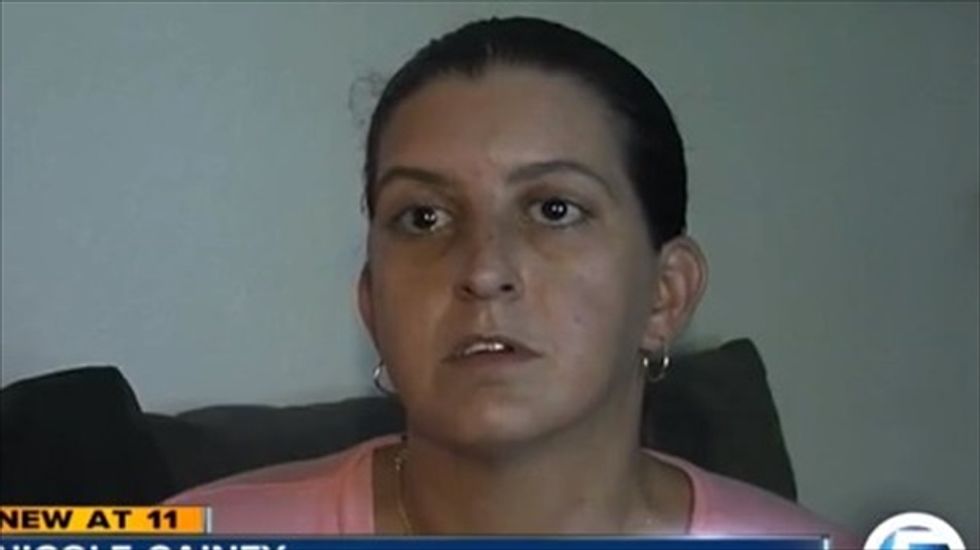 Police in Port St. Lucie, Florida arrested a local woman and charged her with child neglect for allowing her 7-year-old son to walk to a park on his own, WPTV-TV reported on Monday.

"My own bondsman said my parents would have been in jail every day," Nicole Gainey was quoted as saying, adding that she paid a bond of nearly $4,000 before being released from jail.

Gainey's arrest this past Saturday afternoon was allegedly precipitated by an encounter between her son, Dominic, and someone at a local public pool. The boy was walking past the facility at the time on the way to Sportsman's Park, about half a mile from his home, carrying a cell phone his mother gave him to allow her to check up on him.

"They asked me a couple questions and I got scared so I ran off to the park and they called the cops," Dominic told WPTV.

Sometime later, an unidentified officer approached the boy at the park, at which point he took him back to his home and arrested the elder Gainey. According to WPTV, her arrest report noted the officer's argument that "numerous sex offenders reside in the vicinity" of the park.

"He just basically kept going over that there's pedophiles and this and that and basically the park wasn't safe and he shouldn't be there alone," Nicole Gainey said.

WPTV reported that the St. Lucie County State's Attorney's office assesses these types of encounters on a case-by-case basis, since there are no legal age requirements for allowing children to walk alone.

In a similar incident in South Carolina earlier this month, a McDonald's employee, Debra Harrell, was reportedly fired from her job and separated from her 9-year-old daughter after being arrested for letting the girl play alone at a park with her own cell phone for security purposes. Think Progress reported that Harrell was allowed to return to work following a "misunderstanding" with the company and reunited with her child.

Watch WPTV's report, as aired on Monday, below.