Eerie: Malaysian airliner passenger joked about it disappearing hours before it crashed 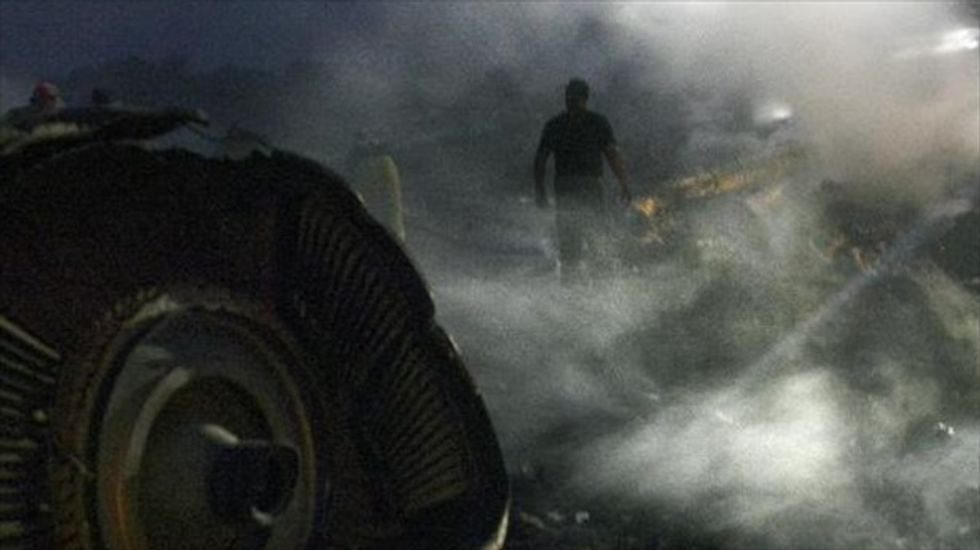 A man walks on July 17, 2014 through the wreckage of a Malaysian airliner carrying 298 people from Amsterdam to Kuala Lumpur after it crashed near the town of Shaktarsk, in east Ukraine [AFP]

The Hague (AFP) - A young Dutchman apparently posted a picture of the downed Malaysian airliner on Facebook minutes before he boarded it, writing: "If it should disappear, this is what it looks like."

Cor Pan, who appeared to be going on a beach holiday to Malaysia, posted the photo as a joking reference to another Malaysia Airlines flight that mysteriously disappeared over the Indian Ocean in March.

A few hours later his flight too would disappear from radar screens, taking him and the other 297 people on board the Amsterdam to Kuala Lumpur flight to their deaths in eastern Ukraine.

Although there has been no confirmation that Cor, from Volendam, nine miles (15 kilometres) north of Amsterdam, was on board, his photo of the aircraft on the tarmac is tagged "near Schipol airport" and appears to have been taken from the gate as passengers waited to board.

The comments by his friends on Facebook, however, seem to indicate that he was on board the flight. Late on Thursday his picture had been shared more than 10,000 times on the social media site.

Petra Bleeker posted a picture of Cor and his girlfriend Neeltje Tol on which she superimposed a white rose, signifying death. It was unclear whether Tol was also on the flight.

"Such a beautiful couple who have been taken from life. I wish you the best wherever you are," said Peter Bootsman.

Cor had earlier post pictures of idyllic tropical beaches on his Facebook page, saying: "A few more days to wait yet..."