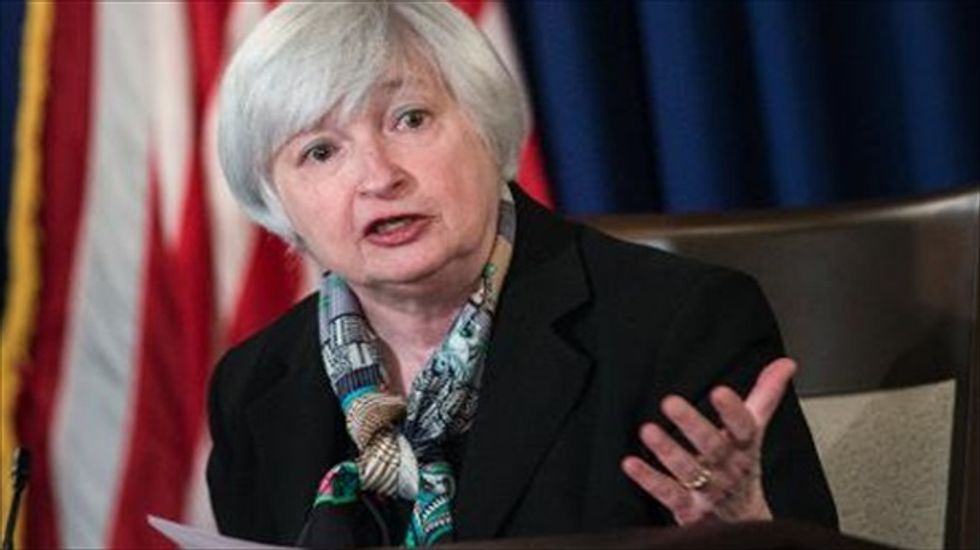 By Michael Flaherty and Howard Schneider

Yellen's prepared remarks on the economy and Fed policy were identical to those from her appearance on Tuesday before the Senate Banking Committee, where she stood by her view that an accommodative monetary policy is still needed even though the economy is recovering.

On Wednesday, Yellen told the House of Representatives Financial Services Committee that she saw sufficient growth to support gains in the labor market and that credit growth and leverage were at moderate levels.

She also addressed concerns raised about the Fed's oversight of financial institutions and its use of re-purchase agreements.

Republican members of the panel peppered Yellen with sharper questions than she faced during her Senate appearance, criticizing the Fed for not operating with enough transparency.

Committee Chairman Jeb Hensarling of Texas asked if Yellen's weekly discussions with the U.S. Treasury secretary should be disclosed to the public.

"I'm not willing to report, on a weekly basis, private conversations," Yellen responded, adding, however, that any agreements that came from such discussions would be disclosed to the public.

Hensarling asked Yellen about a Republican-backed bill introduced this month that would require the Fed to conduct more cost-benefit analyses, provide transparency for Fed stress tests on banks and on international regulations, and take a more rules-based approach to monetary policy.

"The overwhelming weight of evidence is that monetary policy is at its best in maintaining stable prices and maximum employment when it follows a clear, predictable monetary policy rule," Hensarling said.

Yellen said it would be a "grave mistake" for the Fed to commit to a rules based approach to monetary policy, explaining that sticking to such rules after the 2007-2009 financial crisis hit would have made the economic situation even worse.

In a testy exchange, Representative Bill Huizenga, a Republican from Michigan, laid out the rules of a new bill that he co-sponsored and which is aimed at making the Fed more transparent, reminding Yellen that a requirement for the Fed to follow a rules-based approach grants the flexibility to change course when needed.

Yellen, who answered each question slowly and deliberately in a tone that hardly changed, replied that such action from the Fed would only come in extreme circumstances.

Regarding the Fed's current use of reverse repurchase agreements for excess bank reserves, one lawmaker expressed concern that it was a dramatic expansion of the Fed's authority.

"We have discussed and are aware of the potential, if it's available on a very large scale and can be expanded and contracted very quickly, to create financial stability risks, and we absolutely intend to make sure that we address those risks," Yellen said in response to the lawmaker.

Yellen's appearance in front of the House panel is part of the Fed's required, semi-annual delivery of its economic and monetary policy outlook to Congress.