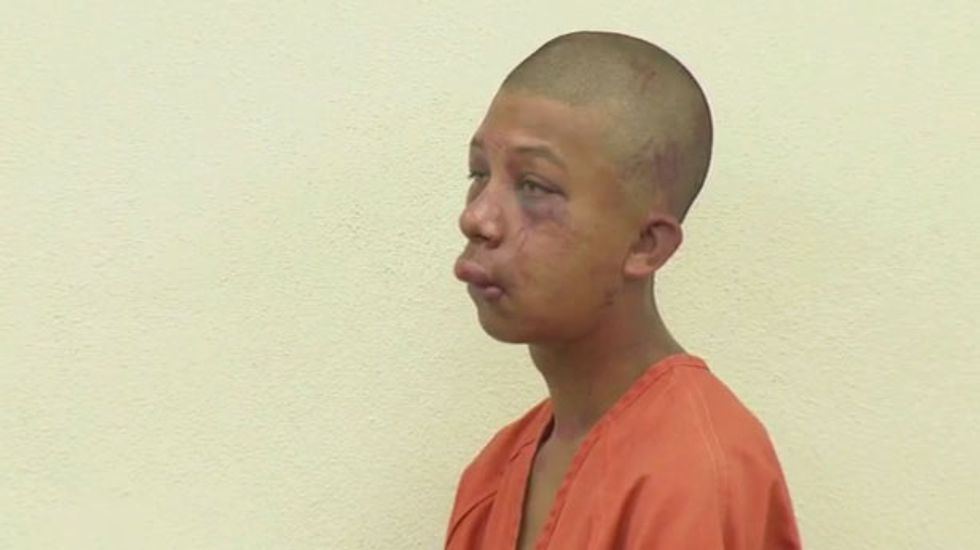 (Reuters) - A Florida father who severely beat an 18-year-old man he said he caught sexually assaulting his son posted the child's photo on a fundraising website to solicit donations for the boy's recovery, police said on Tuesday.

The father originally asked for $1 million on gofundme.com, then reduced his request to $100,000 before the page was taken down and a link to it on his Facebook page was removed by Monday night, the Daytona Beach News-Journal reported.

"Our son was sexually assaulted and we are now faced with the challenge of picking up the pieces, the emotional and financial burden is about more than we can endure," the father wrote, according to the newspaper.

Daytona Beach Police Chief Michael Chitwood, who last week said he did not take issue with the father's initial response to the alleged assault, on Tuesday said police were "bewildered" when they saw the picture of the 11-year-old boy, shown sleeping, online.

"Why are you exposing your son?" Chitwood said in a phone interview with Reuters. "Once you put that out there, he just lost what little cloak of anonymity he already has."

Raymond Frolander was arrested on Friday after the father called 911 to report he had interrupted a sexual assault on his son. The father told the dispatcher he left the attacker "nice and knocked out" and "in a bloody puddle" on the floor.

Frolander was charged with sexual battery on a victim under age 12, according to a police affidavit.

The father was not charged in the beating, which left Frolander bloodied and bruised but did not result in serious injury, Chitwood said.