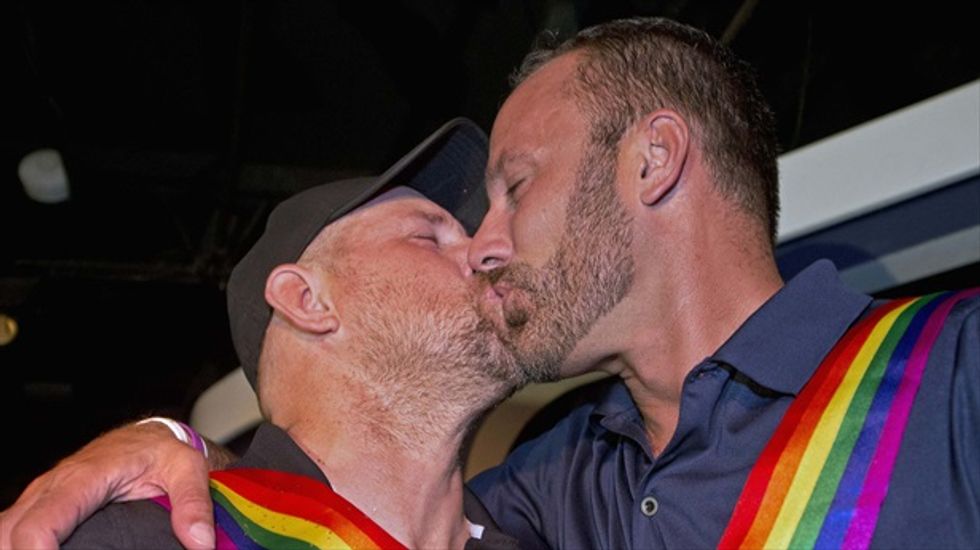 MIAMI (Reuters) - A judge in the Florida Keys rejected an emergency motion filed by a gay couple hoping to wed, effectively allowing Florida's state's same-sex marriage ban to remain in effect while it is appealed, likely all the way to the U.S. Supreme Court.

The couple had filed the motion on Monday morning seeking to reinstate the judge's ruling last week which struck down the state's gay marriage ban.

Garcia found that Florida's gay marriage ban approved by voters in 2008 violated the right to equal protection under the U.S. Constitution.

The ruling was automatically put on hold after Florida Attorney General Pam Bondi, a Republican, announced she planned to appeal it, stating that the final decision on the issue must come from the U.S. Supreme Court.

Garcia upheld the stay on Monday afternoon until appeals are concluded, noting that other courts had decided "to stay proceedings in similar challenges." Gay marriage is on hold in both Utah and Oklahoma while appeals there are being resolved.

Garcia's ruling last week in favor of two male bartenders in Key West, Aaron Huntsman, 44 and William Lee Jones, 43, was the latest in a string of court rulings across the United States voiding state laws that restrict the right of same-sex couples to marry.

"We're a little disappointed but it was expected," said Jones. "I think it’s all part of a strategy to get this going faster into the upper courts. We’ve been waiting 11 years to do this, a bit longer is not going to kill us," he added.

While the ruling applied to only one Florida county, it was the first decision in several court cases across the state challenging a same-sex marriage ban approved by Florida voters in 2008.

In Monday's motion Huntsman and Jones said they faced “irreparable harm” such as healthcare benefits and inheritance issues if Garcia's ruling does not go into effect immediately.

Florida is the 18th U.S. state where courts have ruled against prohibitions on same-sex marriage since last year's U.S. Supreme Court ruling striking down parts of the federal Defense of Marriage Act, which had defined marriage as between one man and one woman.