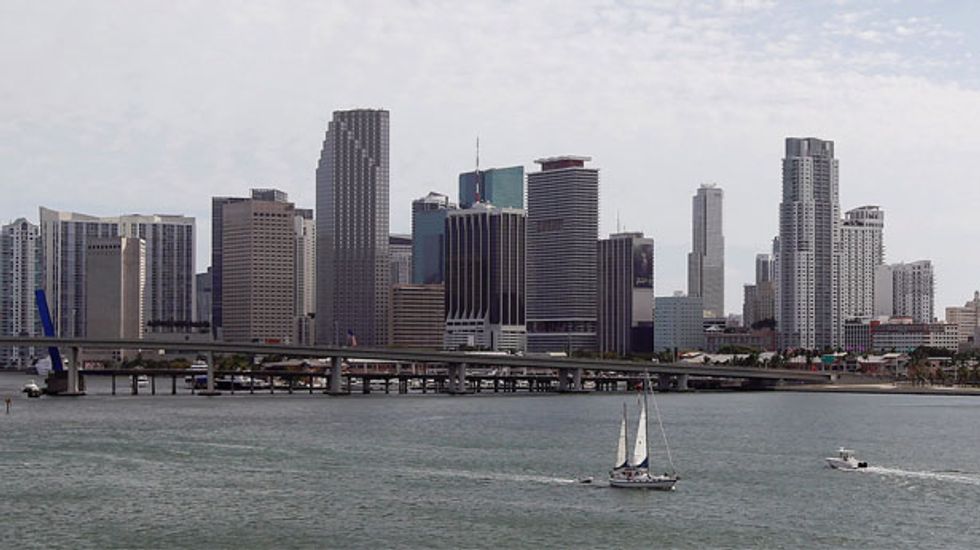 MIAMI (Reuters) - As construction cranes crowd the coastline and developers strive to lure wealthy international buyers with brand name towers and lavish amenities, there are signs Miami’s latest condo boom has begun to slow and a possible oversupply could temper record prices.

Since mid-2011, some 175 towers with more than 27,000 units have been proposed in Miami, says real estate analyst Peter Zalewski of CondoVultures.

Florida led the nation for foreign buyers in the quarter ending in March, attracting 23 percent of $92.2 billion of nationwide sales, according to the National Association of Realtors.

In the face of economic uncertainty and potentially higher taxes in Europe, Asia and Latin America, wealthy individuals are drawn to Miami's year-round sunshine and prices that are still low when compared with other global capitals.

In downtown Miami, 90 percent of sales were international, primarily to investors, according to Integra Realty Resources and the city’s downtown promotion agency.

However, the investor glut, slowing condo sales and plans for thousands of new units have combined to raise analysts' concerns.

“Because there are so many renters, foreign owners and new towers going up, rents are likely to fall, and that could prompt some (investors) to take their money off the table,” Zalewski said. “This effect could be the beginning potentially of a sell-off.”

Existing condo sales fell 3.8 percent to 1,443 in June, compared with the previous year, and were down 3.1 percent compared with May, according to the Miami Association of Realtors.

In the latest boom, developers' focus was on building for wealthy international buyers. Unlike the cycle prior to the 2008 recession that saw some 22,000 units built in Miami, developers this time have required large deposits to finance construction. Some have asked for as much as 50 percent of a unit’s total coast, compared with 3 percent before 2008.

Jorge Perez, chairman of the Related Group, which had to renegotiate more than $2 billion in unpaid debts in January 2009, agreed. "People from Brazil, Argentina, Italy, France really love to be able to spend a week, two weeks, three weeks a year in Miami," he said.

Today, Related has more than a dozen condo projects in South Florida. They include the $300 million SLS Brickell, an outpost of the posh Los Angeles hotel brand, complete with nightclubs and restaurants helmed by chefs of international renown. Although the project won’t be completed until 2016, its 450 units were sold by the end of last year.

Dezer Development, which owns a million square feet of office space in New York City and built a trio of Trump towers in northern Miami, last week announced a 60-story oceanfront Armani tower. Designed by Argentinian architect Cesar Pelli, who also designed Tokyo’s Mandarin Oriental, it will be outfitted by the Italian fashion and design house.

Dezer also has under construction a 60-story Porsche-branded tower that will have 132 apartments with a private elevator for delivering sports cars to owners’ units.

“My least expensive apartment is $5.5 million,” said developer Gil Dezer, who said 22 billionaires have put down deposits on apartments in the jet-black tower.

“I’m going to have a collection of the wealthiest people in Miami - in the world.”