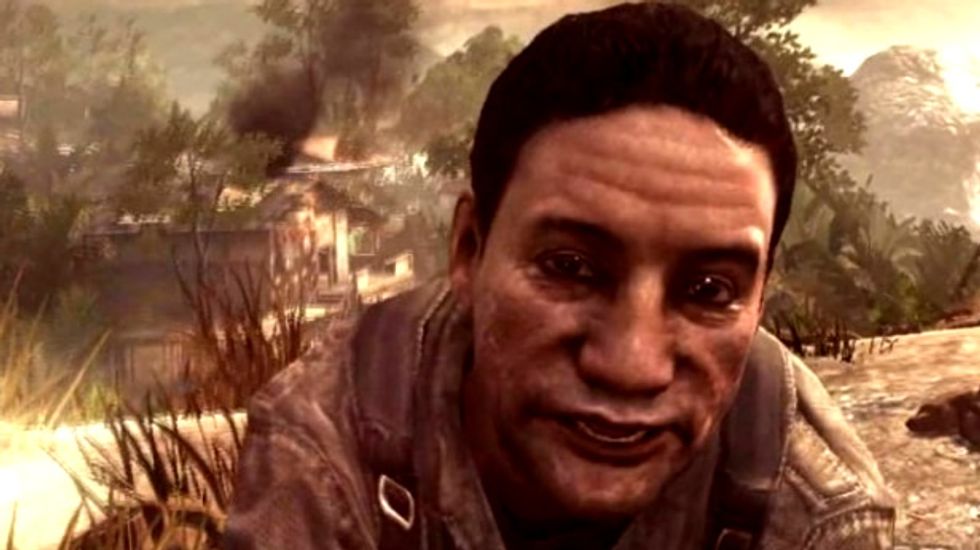 The lawsuit -- filed on Noriega's behalf in the Los Angeles County Superior Court -- claims that the game depicts him as "a kidnapper, murderer, and enemy of the state" in order "to heighten the realism," and that this depiction could cause permanent damage to his reputation.

Noriega served as the military dictator of the Central American country from 1983 until 1989, when he was removed from the country by the United States military -- despite the fact that he had previously been an ally of the Central Intelligence Agency. He was tried and convicted of eight counts of drug trafficking, racketeering, and money laundering in 1992, and spent the next two decades in a U.S. prison. Noriega was released in 2011, then transferred to a Panamanian prison, where is serving a sentence for crimes committed during his time in power.

In the lawsuit, Noriega claims that his reputation has been damaged by Activision Blizzard's portrayal of him as "the culprit of numerous fictional heinous crimes," and that his likeness is being used boost the games sales. The former dictator is seeking both lost profits and unspecified damages.

Noriega's lawsuit comes less than a week after former child-star Lindsay Lohan sued Rockstar Games for using her likeness in its popular Grand Theft Auto V title. Her suit contends that the character "Lacey Jonas" incorporated "her image, likeness, clothing, outfits, Plaintiff’s clothing line products, ensemble in the form of hats, hair style, sunglasses, jean shorts worn by the Plaintiff that were for sale to the public at least two years."

A legal expert told Forbes that companies "will not be held liable for using someone’s name or likeness in a creative, entertaining, or artistic work that is transformative, meaning that you add some substantial creative element over and above the mere depiction of the person. In other words, the First Amendment ordinarily protects you if you use someone’s name or likeness to create something new that is recognizably your own, rather than something that just evokes and exploits the person’s identity."