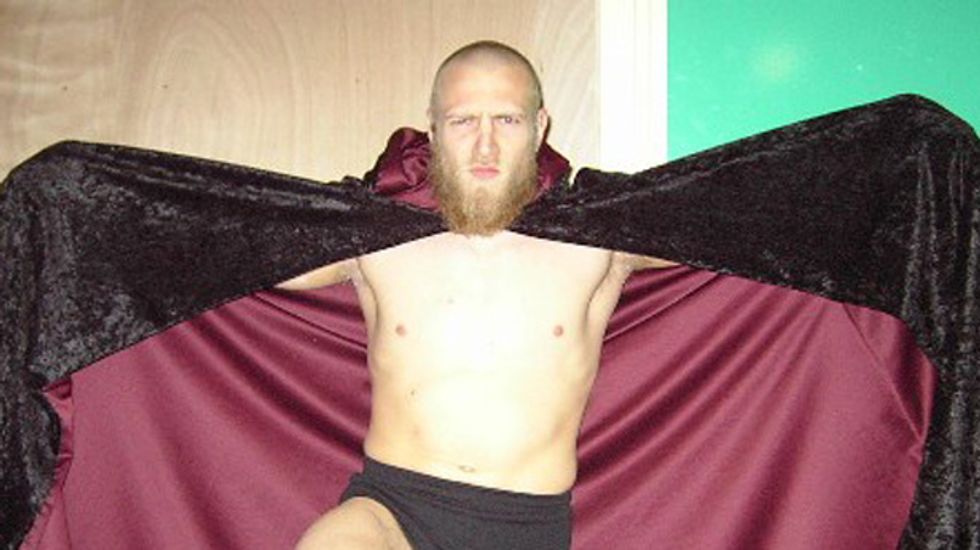 A hapless burglar in Arizona learned a hard lesson when he broke into the Phoenix home of former World Wrestling Entertainment heavyweight champion Daniel Bryan, police said on Friday.

Bryan, 33, was returning home with his wife late on Thursday when he saw two suspects running out of a rear door, authorities said. The ex-professional grappler gave chase and was able to catch 22-year-old Cesar Sosa.

Sergeant Tommy Thompson, a spokesman for the Phoenix Police Department, said a struggle ensued and that Bryan, whose real name is Bryan Danielson, was able to detain the suspect until police officers could take him into custody. The second suspect managed to get away, Thompson said.

The former champ said he was angry when he realized that someone had broken into the home they had moved into only 10 days earlier, and that he was worried for their two-year-old French bulldog, Josie.

He said he chased Sosa about 400 feet before grabbing him and shouting some "bad words." And he said he used a rear naked choke hold to subdue him, rather than his trademark "Yes!" lock.

"He was very, very tired and it literally took zero effort to take him down," Bryan told a news conference at police headquarters, seated next to his wife with the dog in her lap.

"He put up very little resistance."

He said he felt "borderline ashamed" for taking matters into his own hands, and was glad that nothing bad happened.

Sosa was booked into jail on suspicion of one count of burglary. He also had an outstanding felony warrant for kidnapping and burglary.

Danielson, at 5 feet 10 inches and 210 pounds, has held several other titles in addition to the WWE heavyweight belt. He is originally from Aberdeen, Washington.