Fusion's Jorge Ramos: 'No government should be in the business of deporting children' 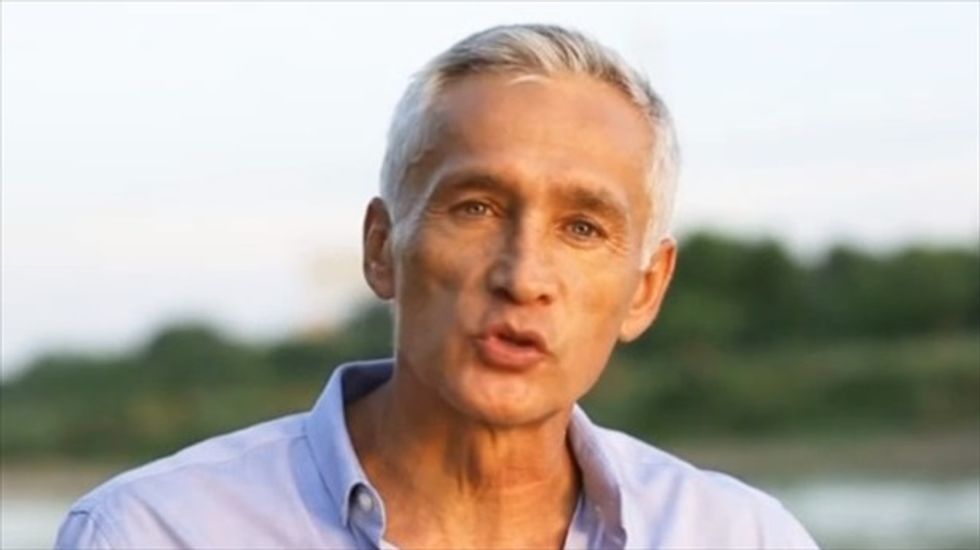 Fusion anchor Jorge Ramos once again called for the U.S. to reform its immigration law while advocating that the country take in the thousands of young people making their way into the country from Central America in a commentary released by his network on Tuesday.

"Here we are, with thousands and thousands of Central American children arriving alone," Ramos said. "What do we do? First, we treat children like children, as if they were our own. We protect them and put politics aside. No government should be in the business of deporting children. This is America."

Ramos' commentary was filmed near the Rio Grande separating Texas and Mexico. As part of his program on Tuesday, Ramos also swam across the river accompanied by a camera crew and Border Patrol agents to experience the conditions immigrants face when they make the same trek.

"There are very strong undercurrents, a lot of rocks and plants and a muddy bottom," he told the Daily Beast. "If you try to stand up you might be stuck because it's so muddy you can't actually move your legs. It is very, very contaminated. And it's dark. It's impossible to look through the water. It took me about 15 minutes."

On his show, Ramos said that while he was not encouraging further emigration from the "unaccompanied minors," as the immigrants from El Salvador, Honduras and Guatemala have been called, the U.S. could not rely on "mass deportations" to solve every immigration problem.

"First of all, they are not a security problem," he explained. "And if you send them back, many of them will, no doubt, be separated from their parents, who are already in the United States, and might face death and violence on their return. No, I am not exaggerating. Deporting kids won't solve anything."

Ramos confronted Boehner this past May with the same accusation during the congressman's weekly press conference, which Boehner denied by saying there was "nobody more interested" in addressing the issue than him.

Watch Ramos' commentary, as posted on Tuesday, below.