'Game of Thrones' author denies 'South Park' spoof: 'I am not obsessed with weenies' 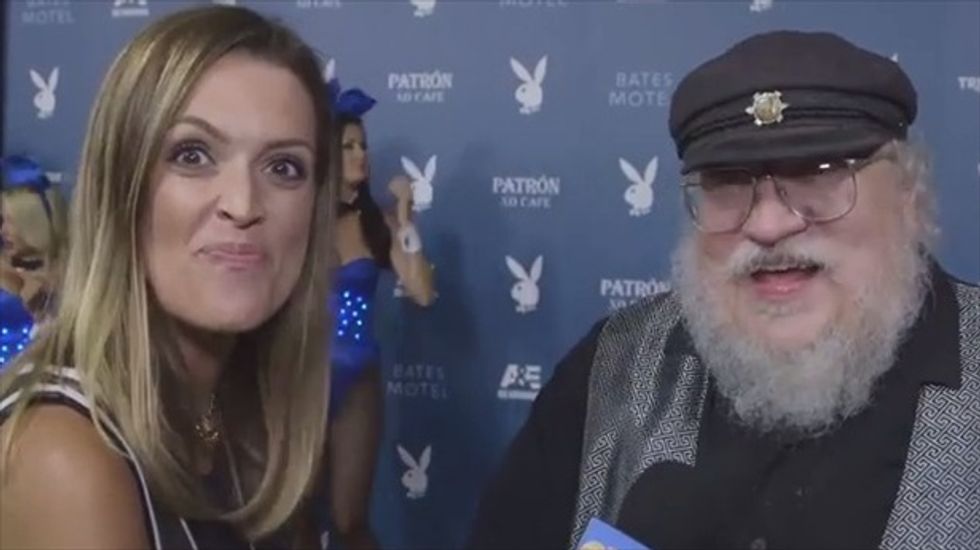 Game of Thrones author George R.R. Martin is a fan of the animated comedy South Park, he said this past Friday, but he still denied the show's version of him.

"I've been told that my character on South Park is obsessed about weenies," he told Clevver News in an interview taped during San Diego Comic-Con. "I have to deny this as a scurrilous rumor. I have nothing against weenies. Weenies are fine, but I am not obsessed with weenies. I am definitely on the boobies side of the equation."

As Dorkly noted earlier this year, South Park has poked fun at Martin and Game of Thrones in three episodes, even using a version of the Game theme song, renamed "A Song of Wieners."

But Martin told Clevver host Dana Ward that he had not seen those particular episodes, while his wife and assistant are questioning whether he should.

"I'll probably watch it eventually," Martin said. "I do love South Park. I've loved some of the other elements that they've done. I'm a sensitive soul. Would it be too rough on me? I don't know."

Martin also said he had been attending the convention since 1987. At that time, he explained, the convention only drew about 5,000 people, giving him plenty of freedom to shop for comics in relative quiet.

"It's different now, as you may have noticed," he told Ward. "I can't walk the floor anymore, which I actually miss. There's still issues of Spider-Man I need."

HBO announced the latest additions to the television adaptation of Martin's novels during the convention, including Jonathan Pryce as High Sparrow, Alexander Siddig as Doran Martell, and Keisha Castle-Hughes as Obara Sand, among others. The show's fifth season is expected to premiere in April 2015.

Watch Martin's interview regarding South Park, as posted online on Saturday, below.