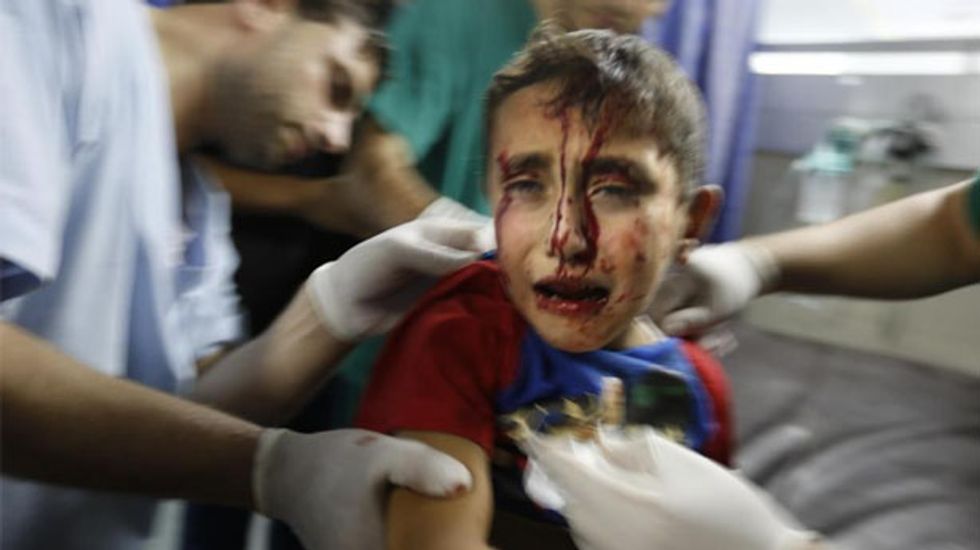 A 12-hour ceasefire entered into force between Israel and Hamas in the Gaza Strip at 0500 GMT on Saturday, the 19th day of a conflict that has killed hundreds.

Israel and the Islamist movement said they would observe the temporary ceasefire, after US Secretary of State John Kerry was unable to reach a lasting truce during talks Friday in Cairo.

In the hours leading up to the pause, however, the violence continued, with Israeli air strikes killing 23 people, among them four children and a paramedic, Gaza medical services said.

The conflict, which began on July 8 when Israel launched an operation to stamp out rocket fire from Gaza and destroy Hamas tunnels, has cost the lives of 888 Palestinians, most of them civilians, and 39 Israelis, all but two of them soldiers.

The respite came after pessimism prevailed, with the Israeli security cabinet rejecting a ceasefire proposed by Kerry, according to reports in the Israeli media.

The diplomatic push for a lasting truce is resume from 0900 GMT on Saturday, when the foreign ministers of key players in the conflict are to gather for talks in Paris, including Kerry.

On Friday, the top US diplomat said in Cairo that both Israel and Hamas "still have some terminology" to agree to on a ceasefire, but added they had "fundamental framework" on a truce.

Under the proposal, once a humanitarian lull takes hold, delegations from Israel and Hamas would arrive in Cairo -- which has mediated past conflicts between the two -- for indirect talks that could lead to a lasting deal.